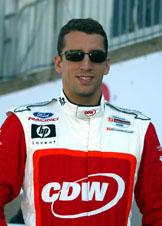 Justin began racing karts in 1987. In 1998, he was a finalist in the McLaren Autosport BRDC Young Driver of the Year Award and won the inaugural Formula Palmer Audi championship, taking nine race wins, including six of the final seven. A year later, he graduated to the FIA International Formula 3000 Series and won the championship in 2001 – setting a record winning margin in the process. He raced in the Champ Car series from 2004_07, scoring 4 wins. He competed in Formula One in the 2003 season with Minardi before signing with Jaguar Racing for the final five races of the season. He was the winner of the 2001 International Formula 3000 championship. He currently competes in the Indy Racing League IndyCar Series for Dreyer & Reinbold Racing and scored a victory in the 2012 Daytona 24 for Mike Shank.