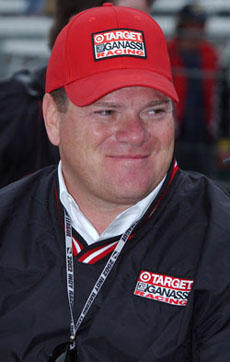 Before he became a hugely-successful team owner, Chip was a driver…and a very good one. He began in Formula Ford, where he twice qualified for the SCCA runoffs. He then moved on to Super Vee and then Indy Cars. In 1982 He was the fastest rookie qualifier for the Indy-500. Over the past 20 years, Chip’s racing teams have won 134 major races 12 championships. In 2010 alone, the organization claimed 19 major victories, highlighted by the first-ever Triple Crown of American Racing with wins in the Daytona 500, Indianapolis 500 and Brickyard 400. Chip’s teams also scored championships in both the IZOD IndyCar Series (their eighth) and the GRAND-AM Rolex Sports Car Series.