Rick Hayden, member of the Society of Automotive Historians, recalls the remarkable career of Art Riley, who upset many apple carts by racing the Volvo PV444, a car that Helmer Petterson designed for Volvo that turned out to be as much racing car as family sedan. Riley later became the scourge of F Production with his remarkably quick P1800s.

Long Island garage owner & master mechanic Art Riley was granted one of the country’s early Volvo franchises in 1957. He’d been impressed by the performance of the Swedish product, which exhibited the staid body lines of a 1939 Ford. “As soon as I drove one, I knew it was faster than a Porsche or MG,” said Riley. “They’d made a sports car out of a sedan.”

At the age of 43, when most drivers think of retiring, Art Riley ran his 1st race at Lime Rock (CT). Art & co-driver Bill Rutan won Lime Rock’s 1st endurance race, the 1957 Little Le Mans, a 10-hour grind for small sedans. They teamed in Art’s PV444 & 544 models to win the event three (3) times in its 1st five (5) years. Riley later brought newscaster Walter Cronkite onto the Volvo team w/marked success, Cronkite being the only finisher of the 5-car team one year.

Always a private entrant w/little or no factory support, Art was easy on the machinery & usually faster than the factory cars. “I didn’t ‘race’,” said Riley. “If I wanted to race, I would have bought a real race car; I competed in the cars that I was selling in order to promote the product. I never had the suspensions the other guys had or really tried to reduce the weight, because I wanted the car to be as close as possible to what I sold.”

“Art Riley put us on the map,” said retired Volvo executive Denis Nash. The company capitalized on Riley’s successes by slanting their advertising to the sporting aspects of their family car. Nash continued, “& we took his dealership away.” He was referring to Volvo’s action in the 1970s based on its desire to move more product in Long Island’s North Shore market, which a small dealership like Riley’s couldn’t handle. “I would have done the same thing,” admitted Art, who added that he shed no tears when his successor failed w/in a few short years. Art continued in the repair business, operating a small shop in Glen Cove where he twisted wrenches into his 90s. 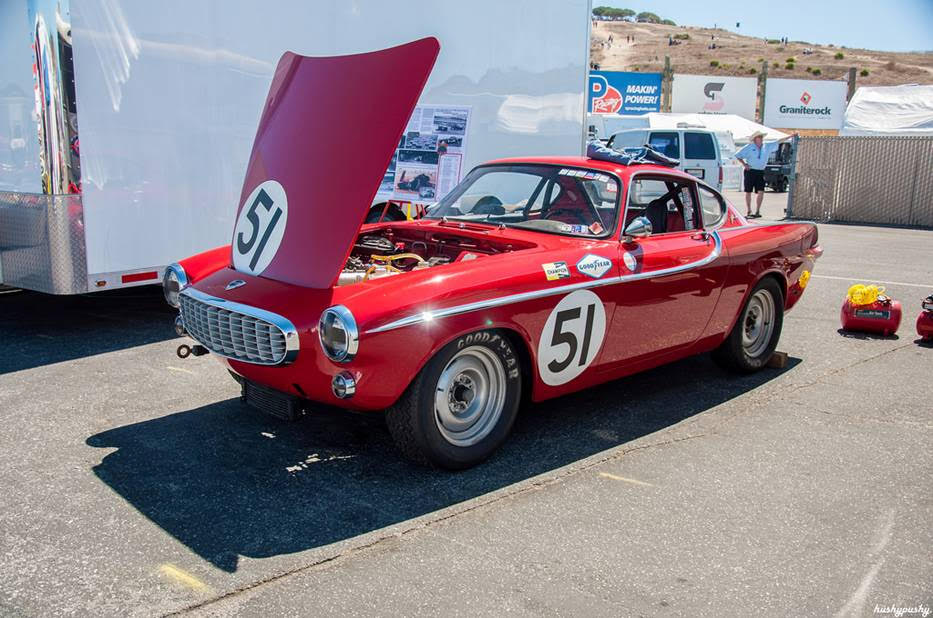 Riley was a prolific competitor in the 1960s, driving far & wide to SCCA Regional, National & Divisional events & FIA International races as well. Art & his red Volvo P1800 came w/in a hair of the 1963 SCCA F/Production National Championship & won the NY Regional Championship that same year. The 1964 season saw Art compete w/the red GT in no less than 20 events from coast to coast, flying out in friend Don Yenko’s private plane to Riverside (CA) to contest F/Production at the 1st American Road Race of Champions (ARRC), only to crash out due to a disintegrating brake puck while running 3rd & closing on the leader. 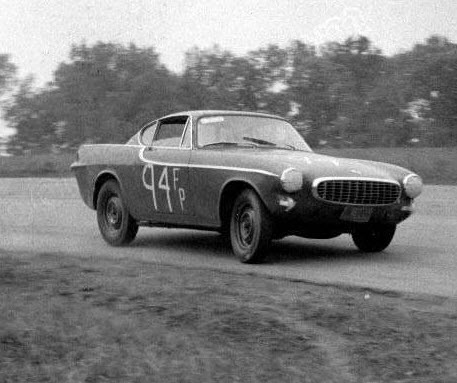 For a December “vacation,” Art drove his Volvo to Florida & shipped it to the Bahamas to compete in the Nassau Speed Weeks, racing among the Shelby Cobras & Corvette Grand Sports while collecting silver in the under-2.0L category. Rallies also provided opportunities to promote the product; Riley & Cronkite garnered valuable press for Volvo in the grueling Trans-Canada rally. Art also flew the Volvo flag in endurance races, competing at Sebring (FL), Daytona (FL) & the 12-hour events at Marlboro (MD) as well as long-distance contests at Watkins Glen (NY), Bridgehampton (NY) & Elkhart Lake (WI).

Young Art Riley had suffered serious damage to his feet at the age of 4; while he was sitting on a Manhattan street corner curb in 1919, a solid-rubber-tired truck cut the corner too close & crushed his feet. Tho doctors wanted to amputate both at the ankle, a compassionate surgeon managed to save much of the left foot. It remained contorted & disfigured, w/a few toes sewed back on at odd angles. Too badly damaged, the right foot was amputated at the arch, leaving Art w/just the stump of a heel. He kept this handicap to himself, wearing heavy lace-up work boots for support, walking w/only a slight limp & later mastering the deft “heel-&-toe” downshifting technique of the skilled road racer, w/only a heel & no toes.

Respected by his fellow competitors, Art was invited by the Road Racing Driver’s Club (RRDC) to join their ranks, one of the very few primarily single-marque competitors to be so honored. Art became a frequent driving instructor at RRDC advanced driving schools. A staunch supporter of his home NY Region of the SCCA & the Long Island Sports Car Association (LISCA), Riley was an early investor in & supporter of the now-defunct Bridgehampton (NY) race circuit.

Writing of those halcyon years of the 1950s & 1960s, racing driver & noted automotive journalist Denise McCluggage, in her book, By Brooks Too Broad For Leaping, reminded us that Art Riley was “The King of the Volvo Drivers.” And so will he be long remembered. Arthur Francis Riley passed away peacefully on May 2nd at his home in Kings Park, Long Island, at the age of 93.