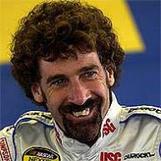 If it has wheels and looks like a fun vehicle to drive, Boris has raced it and probably put it in the winner’s circle … A native of New York City and son of late RRDC member Bob Said, Boris was inspired to go four-wheel racing when a friend gave him tickets to the Detroit Grand Prix and watched neighbor Bob Sharp race a Nissan in the Trans-Am support event … His first race was an SCCA Escort Endurance 12-hour at Road Atlanta in a Mustang, an event which he not only drove the whole thing by himself but was his own one-man pit crew … He won SCCA Runoffs National Championships in Showroom Stock GT in 1989-90-91, and his first professional title in 1992 while racing a Dodge Stealth in the IMSA Firestone Firehawk Endurance Championship … He won the 2002 Trans-Am series driving title and in the process, Ford’s 100th win in the series … He graduated to the NASCAR Truck Series for the 1997-98 seasons and scored one win, but along the way befriended many Nationwide and Nextel Cup series drivers and team owners, making him much in demand as a test driver and occasional racer in the Nextel Cup series … His fee for testing the late Dale Earnhardt’s car prior to a race at Watkins Glen was to have his picture taken driving the car …In 2003 he won the pole at Sears Point, and in 2005 finished third in the Cup race at the Glen … During the 2005 season he shared a BMW M3 GTR in the 24 Hours of Nurburgring and won the race by five laps in weather ranging from sunshine to rain to snow.