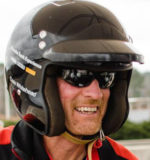 Has been road racing for more than 30 years. Was named SCCA Rookie National Driver of the Year. Moved into pro racing in early 1990s. Made living driving race cars and teaching others the art of racing. Won the 1991 IMSA International Sedan Manufacturers Championship and was runner up in the driver’s championship driving a Nissan. Was a factory-supported driver for Nissan in the IMSA Supercar Series driving a 300ZX Turbo. Has driven for factory-supported teams from Nissan, Porsche, Ferrari, Oldsmobile and Ford. Was responsible for Porsche winning a GT Championship in the Rolex Grand Am series driving a Porsche GT3RS. Has also raced many Prototype cars over the years including WSC in IMSA, and Sports Racing Prototypes in Grand Am highlighted by a third-place finish at the 24 Hours of Daytona. Has driven many GT cars including BMW M3 GT, Porsche GT3RS and the Ferrari 360GT in ALMS. Is currently the Chief Instructor for the Porsche Track Experience – USA, and has been a lead instructor with Panoz Racing School, Saab Viggen Driving School, Audi Driving Experience, Skip Barber Racing School. Has held licenses with FIA- Grade B, Grand Am, IMSA GTP, SCCA Pro Racing, SCCA National & Regional. Is also available for private coaching.