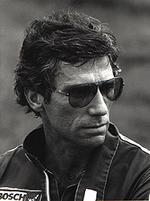 Charles combined his passion for racing with the successful resurrection of the famed 12 Hours of Sebring. Under his guidance, with racing partner Dave Cowart, in 1978 the Sebring tradition was returned to international prominence with official FIA listing and the return of major corporate sponsors, auto manufacturers and the media. In recognition of his efforts as promoter of the race from 1978 -1982 and as a former winner in 1978 he became one of the original inductees into the Sebring Hall of Fame in 2002. In recent years, he has been active on the vintage circuit.