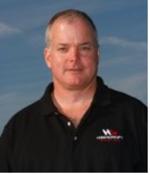 Many drivers finish their careers in Vintage and Historic cars, but Duncan started his there in 1993, and now owns the succesful Highcroft Racing race car preparation business … His proudest wins are the record 11 he’s racked up in the Grand Prix de Monaco Historique races which run every other year prior to the Grand Prix of Monaco … As a professional racer in the American le Mans Series he shared 2002 season race wins in the LMP675 class at Sebring and the Petit Le Mans, and added three more in 2003 at Road Atlanta, Trois-Rivieres and a Petit Le Mans repeat. As a team owner, his Patron Highcroft Acura Team won the 2009 and 2010 ALMS Championship. Dayton has led the effort to field the award-winning Nissan Delta Wing.