An SCCA member his entire life, Eric completed driver’s school in his father’s Lotus Super Seven in 1995, campaigning it the next 15 years, earning one SCCA Runoffs pole position (2008) and one podium finish (third, 2009). After building his own Mazda Miata in 2011, he added another Runoffs pole in 2012, recording five more podium finishes, including four seconds, in the next six years. His six podium finishes in eight years established a Runoffs record for drivers without a victory. That changed in 2017, when Eric recorded his third pole and led every lap en route to the F Production National Championship at Indianapolis Motor Speedway. His 2017 Runoffs drive earned him the RRDC’s Mark Donohue Award and an automatic invitation to join the club.

Professionally, Eric has worked at SCCA headquarters since 1996, serving in marketing, communications, partner development and operational roles. He was named Vice President and COO prior to the 2015 racing season. 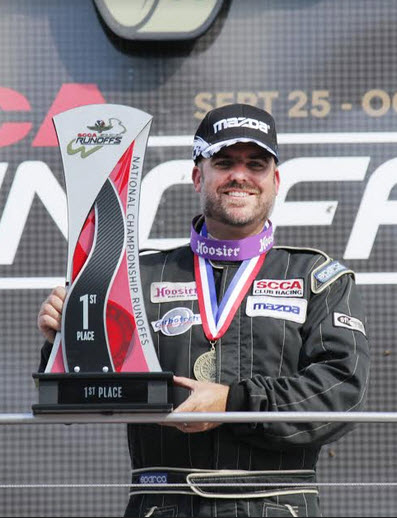 Prill on the top step of the F Production podium at Indy in 2017. [SCCA image] 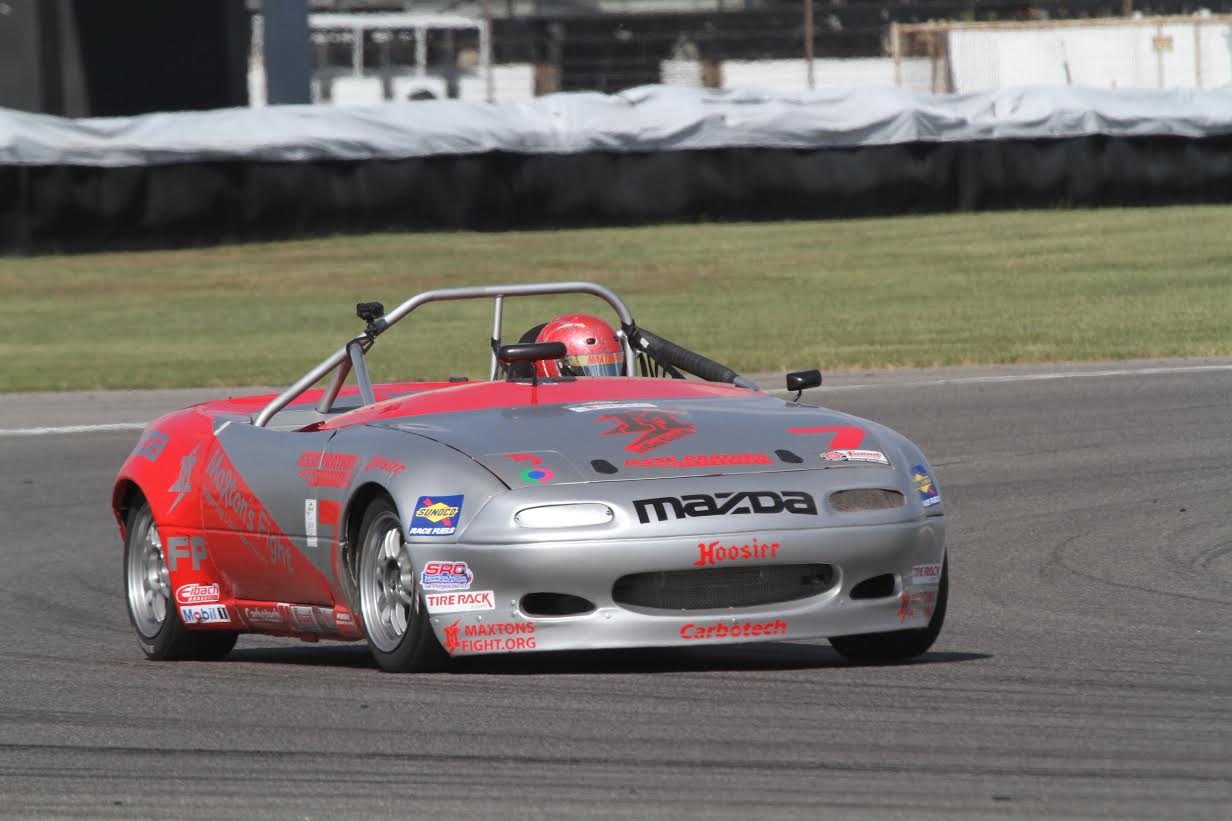 Prill on his way to the 2017 F Production National Championship at Indy. [Shaun Lumley image]