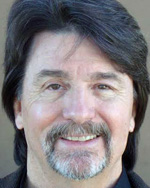 George Fizell was the dominant Formula Vee racer of the 1980s, a period that included Bill Noble, Scott Rubenzer, Stephen Oseth and Stevan Davis. Fizell scored podium finishes at the Runoffs every year from 1982 through 1988, including four championships, two seconds and a third. He was awarded the President’s Cup in 1984 after winning from the pole for the second consecutive year. His fourth title in 1988 was a record at the time for Formula Vee. He races a Caracal D in vintage events.