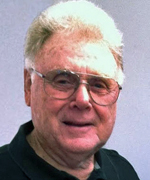 Gerald T. (Gerry) Sutterfield is a long time road racing enthusiast, being an SCCA member for more than 50 years. Gerry is known for his efforts in the beginning days of Vintage Racing in the southeast. He organized the first “Classic Car Parade” as part of the 1976 Sebring 12 hour. That was so successful that the Sebring organizers asked Gerry to organize actual races for classic cars at the 1977 Sebring 12 hour race, which was the event’s 25th anniversary. Not only did he organize them, he also competed in them, placing 10th in the Vintage race in his Ferrari 166 and 1st place in the Historic Race in his Gulf Porsche 917. Gerry considers winning the first ever Historic car race in the southeast as his most significant road racing accomplishment. Because of business commitments he passed the organizing torch to others for the 1978 Vintage races. He placed 2nd in the 1978 Sebring Historic Race and won it again in 1979. Both times, in his Porsche 917. 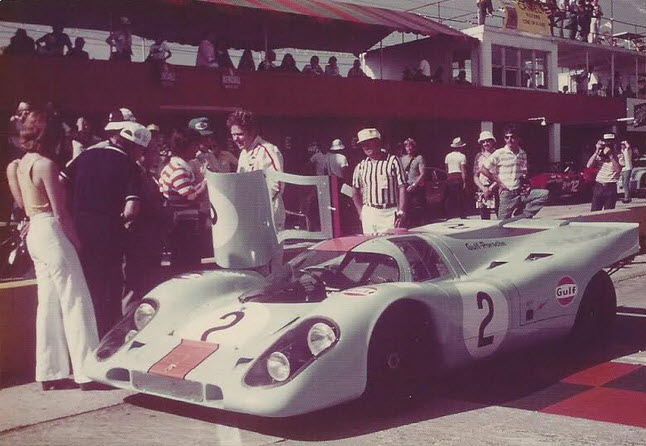 From these roots SVRA was born. To honor Gerry’s efforts starting vintage racing in the southeast, he was assigned SVRA member No. 0001. He was a member of the first SVRA Board of Directors. Later, when HSR was formed, he was also assigned member number 0001 by HSR.

In the early 60’s, Gerry was part of a group that started the Ferrari Club of America. He was a member of the first, FCOA Board of Directors and was the 3rd FCOA National President in 1969-70.

Gerry also served as the chief tech inspector at the Mid-Ohio track in the late 60’s and early 70’s.

His day job from 1972 through 1984, was as owner/manager of the Porsche Audi dealership in West Palm Beach, Florida.