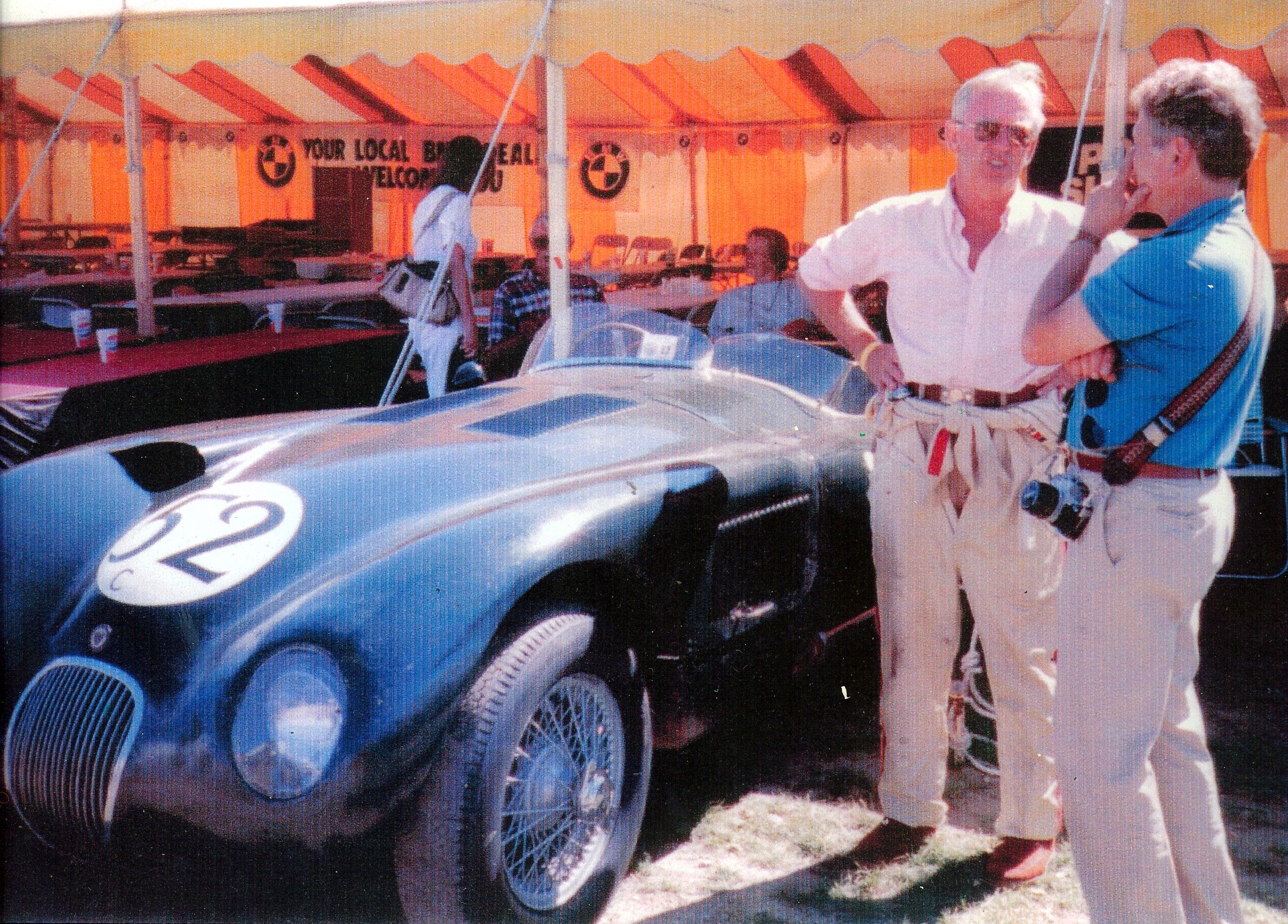 In 1953, aided by Dr. John Knight and Chandler Lawrence, Gordon organized one of the SCCA’s first Driver Schools, held at Thompson, Conn. … Gordon, himself, began racing that year in the C Production class, then switched to C Modified in 1958 through 1967 … In 1955 he drove one of the Morgan factory’s cars in the 12 Hours of Sebring, finishing fifth in class E with clothing designer John Weitz … in his C Production era, he finished 72% of his 85 starts in the top three of his class, an during that era set fastest time of day in the Mt. Equinox Hill Climb … in the late 1990s he re-started his career, this time in Vintage racing, and now with a Lotus Europa … even in his 80s, he’s still on the track, having fun.