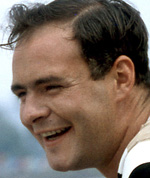 Harry Heuer was one of the dominant big modified racers of the early 1960s. Peter Hand Brewery purchased a pair of Mk II Scarabs from Lance Reventlow in mid-1959 and hired Augie Pabst, Jr., and Heuer to drive them with Heuer as team manager that first season. The new outfit was dubbed Team Meister Brauser. Heuer won the B Modified National Championship in ’61. In ’62, the brewery purchased Jim Hall’s first Chaparral for Heuer to campaign, and he won the C Modified National title with the car in both ’62 and ’63 after which Team Meister Brauser was dissolved. 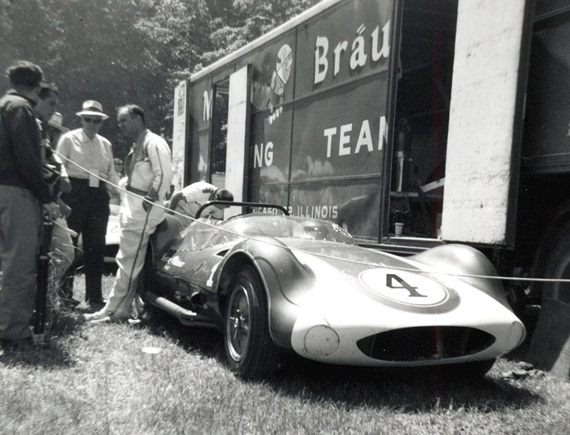 Harry Heuer with Chaparral 1 talks to fans at Road America in 1963. Heuer would win the main event. The gentleman wearing the fedora is Heuer’s father Harry, who was Chairman of the Peter Hand Brewery and a grandson of its founder. [Don Vack image] 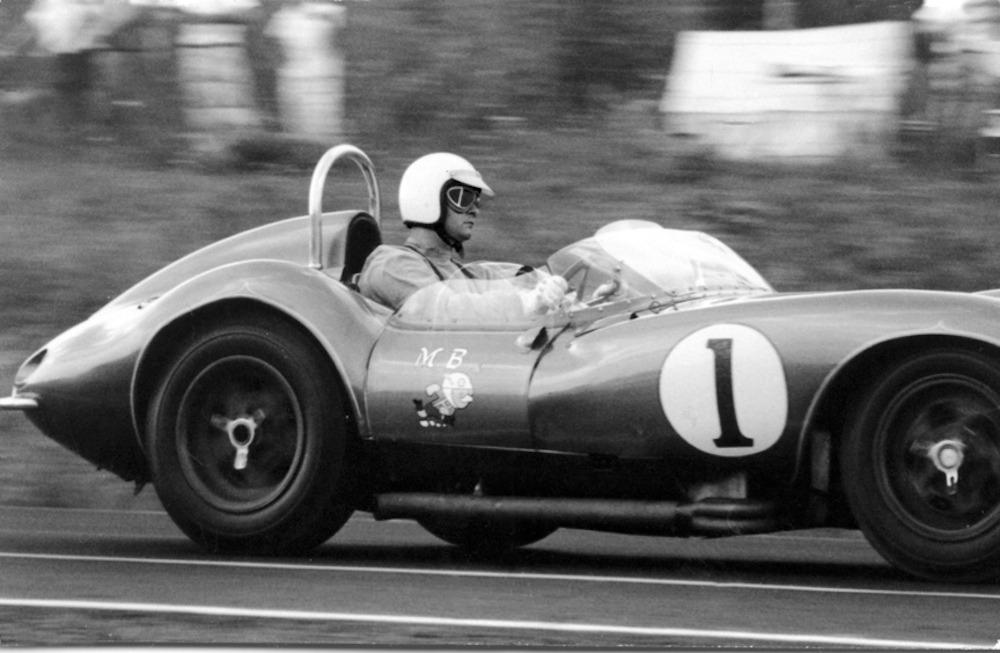 Heuer in the Scarab at Watkins Glen in 1961. [Collector’s World image]