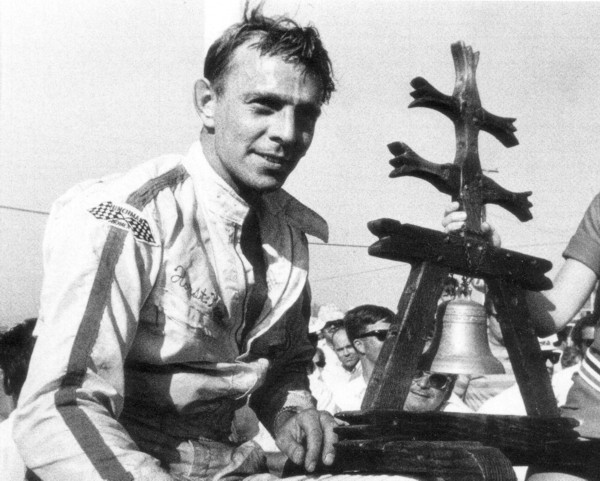 A mechanic’s job at Knauz Continental Motors in Lake Forest, IL, soon led to racing opportunities, first driving another tube frame sports racer of his own design. Long before Kwech took his Alfa-Romeo GTA’s to the small-bore professional sedan fight against Nissan, he was already a prominent Club racer, winning four consecutive Central Division championships, the first B Sedan National Championship in ’66 and with it, the SCCA’s President’s Cup . The following year he won the Under 2 Liter title in the SCCA Trans-Am Championship. In ’68-’69 he joined Peter Revson as Shelby Racing’s factory Mustang drivers in the primary Trans-Am series class, winning the inaugural Mission Bell 250 at Riverside. In ’70 he returned to his beloved Alfas and beat Nissan for the U-2 class title. In ’73, he tried the Formula 5000 series for a year with a Lola T300-Chevrolet, but in ’74 joined forces with noted engineer Lee Dykstra to build the DeKon Chevrolet Monzas which went head to head with Porsche in the IMSA Camel GT series; Al Holbert won two AAGT class championships with these cars. Back to driving, he won two VW Cup Super Vee races in ’80.