Larry earned his competition license in 1964 from the Long Island Sports Car Assn … His first race car was a Triumph TR-4 for SCCA Club Racing events … In 1987 he not only turned semi-pro while racing in IMSA’s Firestone Firehawk Endurance Championship series, but he became an event sponsor as well, backing the Burger King 24-Hour Firehawk race at Watkins Glen through his Burger King chain … Over the years, and most recently in SVRA and HSR events, Larry has driven a garden salad variety of cars such as Peugeot, Mitsubishi, Alfa Romeo, Mustang and an Elva Mk VIII. During his entire career, Larry has stood on more than 50 podiums, at least half on the top step. 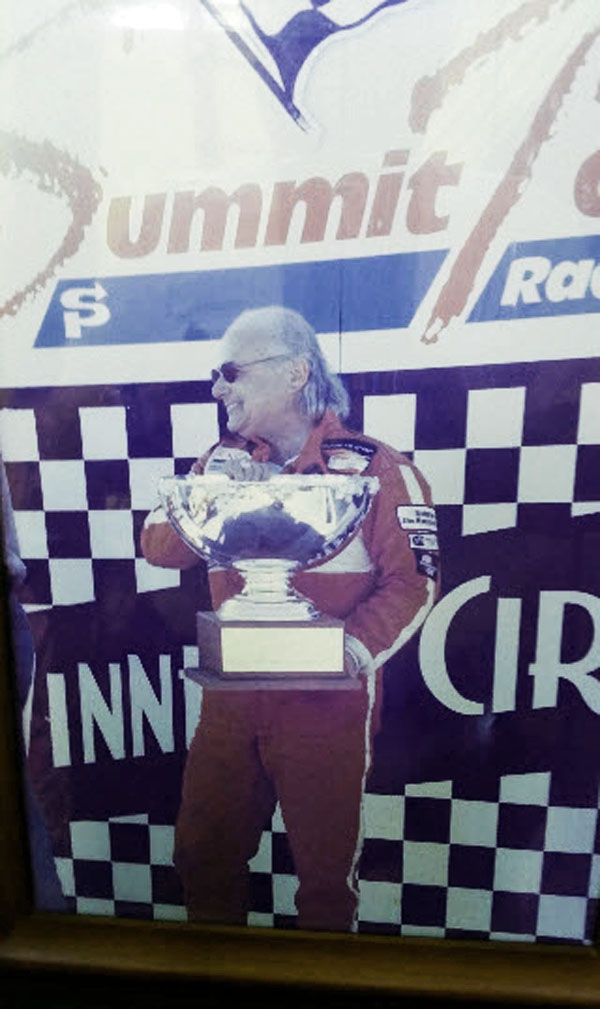