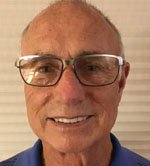 Hometown:
Huntington Beach, CA
Status:
Member
Mike was the 1978 Mark Donohue Award winner in a borrowed ADF MKII FF. Having written off his ADF in early week practice, he flew in a replacement from Automotive Development in CA; but it was not ready in time to qualify. Under the guidance of coach/crew chief Mike Hull, Mokler started last in the 36th position and drove to a 2nd place finish. In the process, he set the Road Atlanta FF track record and had the fastest average speed for the race.
After a 45 year career in Electrical Construction, Mike is retired in Huntington Beach, CA, with his wife, Mary. They celebrated their 45th anniversary in December, 2018. He has three sons, two great daughters-in-law and five wonderful grandchildren. He is still an a dedicated race fan, a self-proclaimed “Mike Hull’s Biggest Fan”, and an avid surfer. 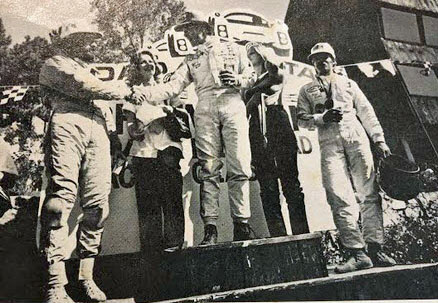 Podium at the 1978 Runoffs: FF winner David Loring is surprised to see Mokler on the stand. David Kuhn was third. [Jeff Zwart image] 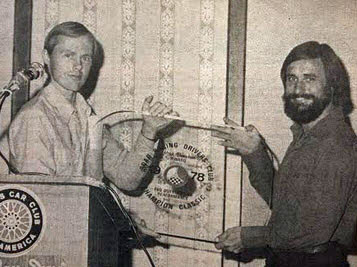 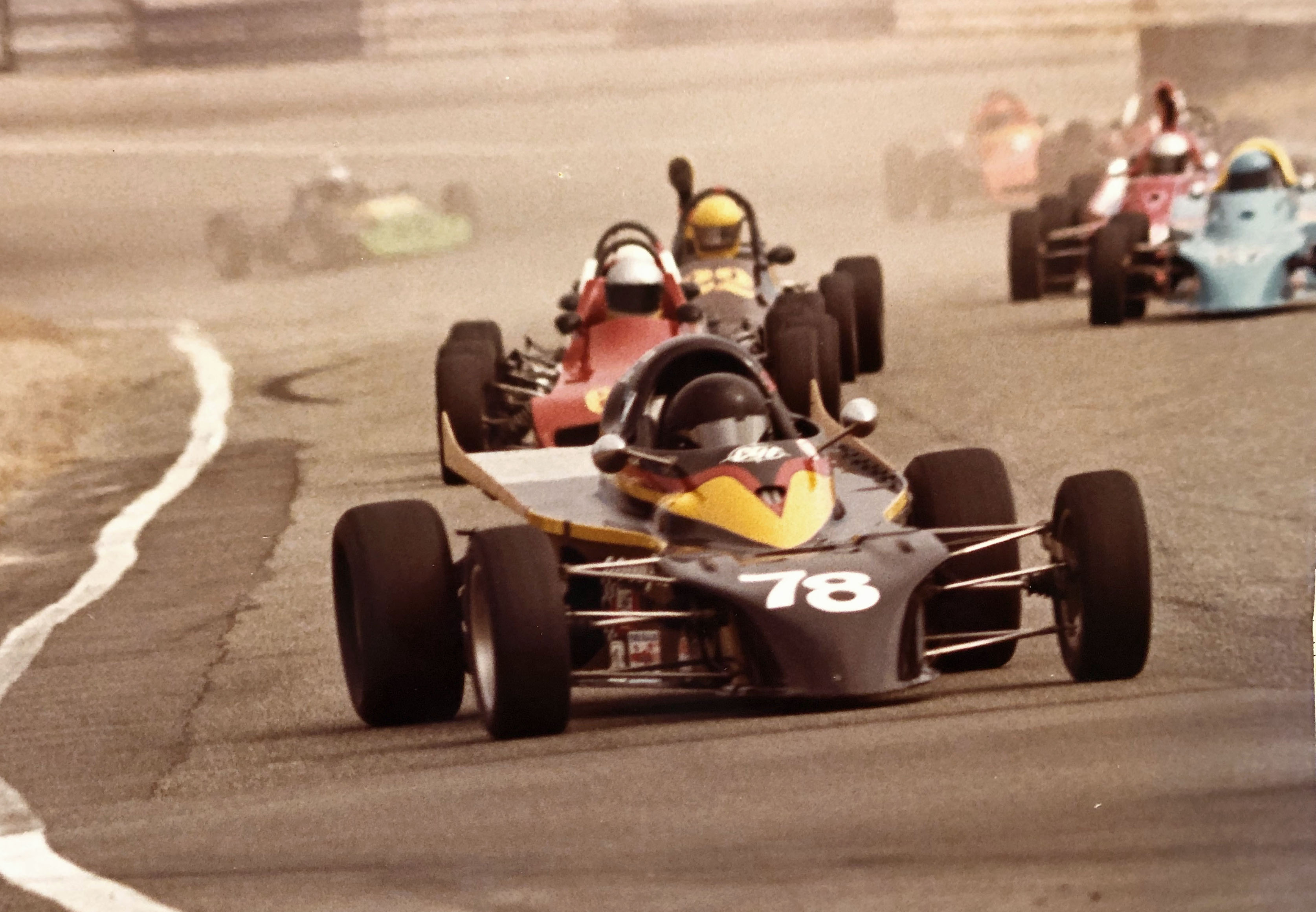 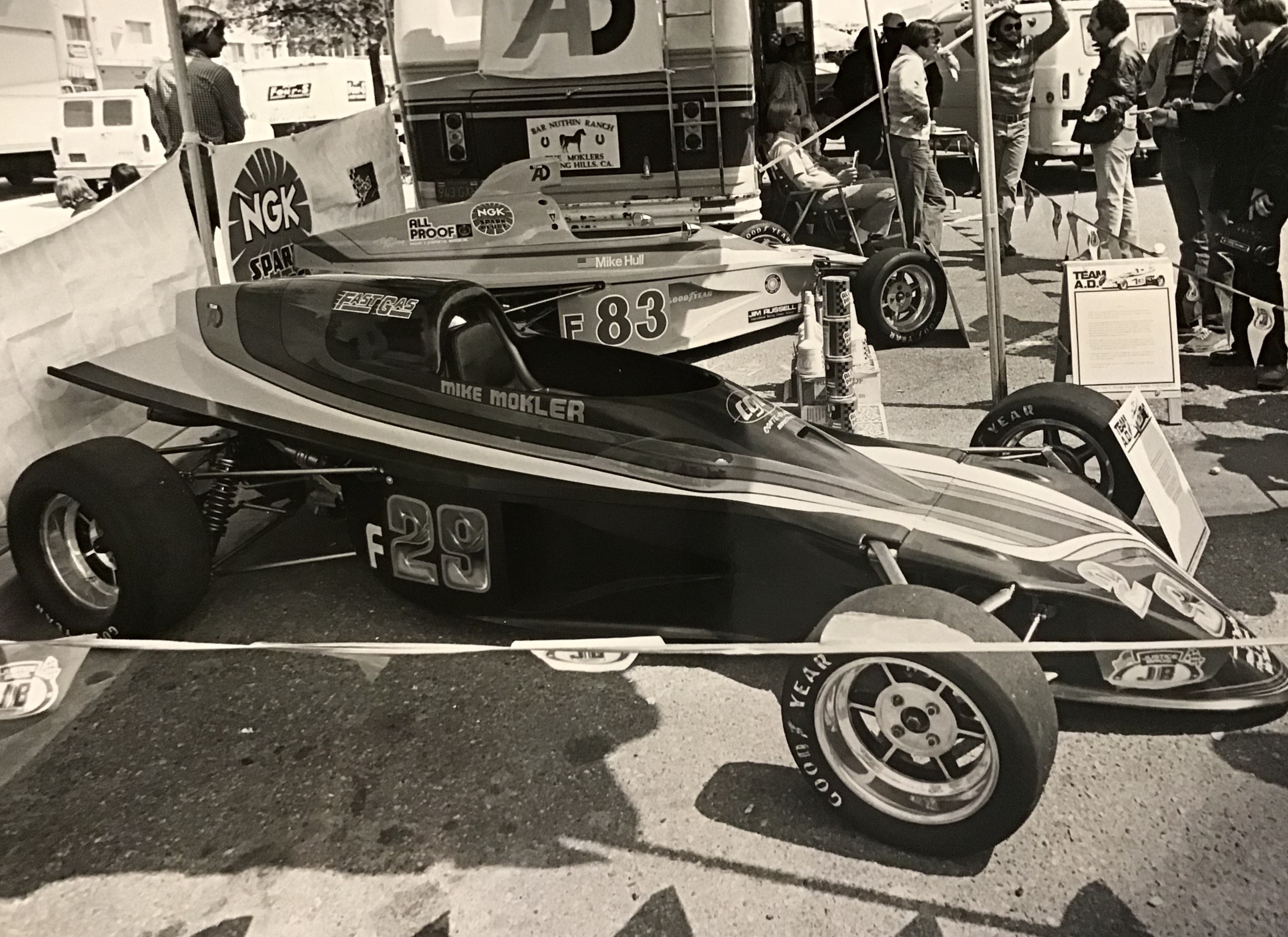 Mike Hull and Mokler were hawking for Automotive Development at the 1976 LBGP. first year for F1! That’s Hull and designer David Bruns leaning against the awning strut. 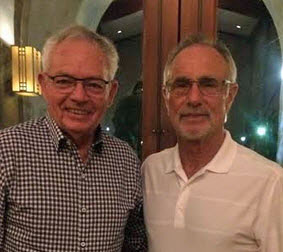 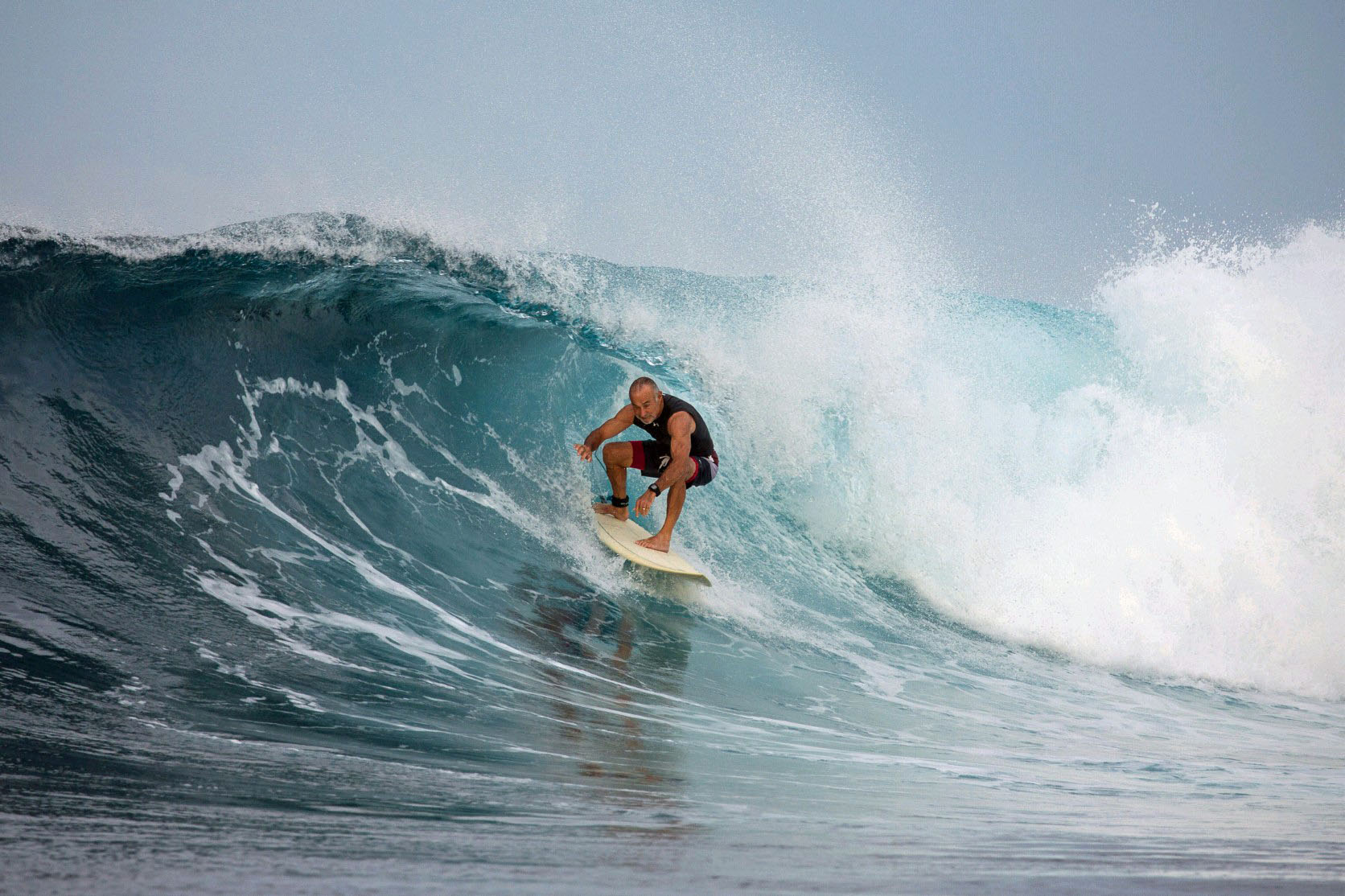