For the first time in four decades, Hurley Haywood will not be among the 50-some RRDC members competing in the Rolex 24 at Daytona. Instead, Mr. Haywood will be the Grand Marshall for the 51st running of the event, Jan. 26-27, as well as VP of Competition for Brumos Racing. 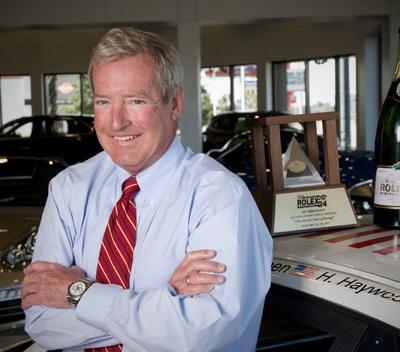 Hurley Haywood will be a busy man at the Rolex 24… Grand Marshal and Brumos Racing director.

With five overall victories, Haywood is one of the most successful drivers in the history of the round-the-clock, race-season opener. The Rolex 24 Heritage Exhibition in the FANZONE behind the pits will feature a number of the cars Haywood has driven in the event, including an exact replica of the 1973 Porsche 911 that he and Peter Gregg drove to victory 40 years ago. Haywood says he’ll probably drive that car in the parade lap for the vintage racecars. 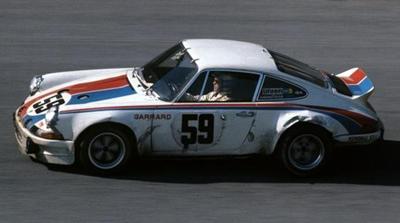 If he’s not otherwise engaged, we hope to see Hurley at the RRDC member banquet and party at 7:00 pm Wednesday, Jan. 23, hors d’oeuvres and libations at 5:00 pm. Once again Vicki O’Connor has secured the Daytona 500 Club overlooking victory lane for our use. You’ve had a couple of email notifications of this fete, so if you’ve not already done so, secure your reservation.

On the agenda are the presentation by banquet chairman David Donohue of the Mark Donohue Award to Cliff White; the Bob Akin Award presentation by Archie Urciuoli for selfless service by a member; and the Phil Award festivities for a racing legend.