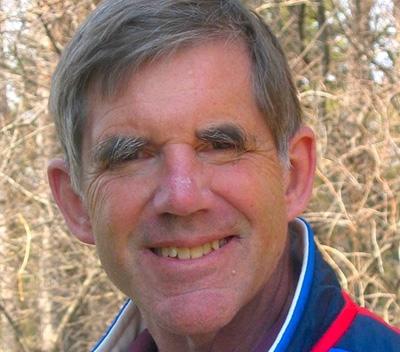 The guest of honor is always a racer of some renown. Past honorees have included Road Racing Drivers Club president Bobby Rahal and fellow members Derek Bell, Vic Elford, David Hobbs, Parnelli Jones, Carroll Shelby, Stirling Moss, Hurley Haywood and Brian Redman. Other honorees you may have heard of include Richard Petty, Bobby Unser and Bobby Allison.
“Sam is one of the true gentlemen of motorsport and very respected for his knowledge, insight and dry humor,” says Bill Warner, the event’s founder and chairman of the Amelia Island Concours Foundation which since 1996 has donated nearly $1.8 million to Community Hospice of Northeast Florida, Inc. and other deserving charities in the area. “[Posey] has done so many things so well in racing, and he has that one-of-a-kind style in the commentary booth. Sam is a big supporter of the Concours and has also been a judge and seminar panelist with us. It’s a great pleasure for me to have him in 2013 as our guest of honor.”

The Concours has become an annual destination for racers – old and young – and especially for members of the Road Racing Drivers Club. That’s because RRDC-member Warner has created a compelling weekend with historic race cars clustered among the elegant vintage cars and motorcycles restored to their like-new visage.

Featured automobiles will include many of the cars that Posey raced over the years. There will also be an exhibit of 18 rare Ducati motorcycles.

One of the compelling human aspects of the weekend are the various seminars. Attendees are awash in a flood of insight and wisdom about the sport that so fascinates us. It’s a veritable barrage of war stories, mostly true. The majority of these panels are composed of RRDC members. 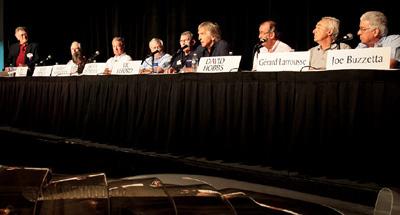 This year’s event will be held as usual at The Golf Club of Amelia Island and The Ritz-Carlton March 8-10 in extreme northeastern Florida. The Concours d’Elegance is staged on the 10th and 18th holes of the golf course.

Among the tasty treats Chef Warner has prepared for participants and guests next month is a Porsche 911 Seminar, a Ford GT40 Seminar, a 50th Anniversary Corvette Sting Ray Seminar and the don’t-miss, invitation-only Mercedes-Benz USA Gala Dinner honoring Mr. Posey.

RM Auctions does what they do over the three days with some brilliant offerings on the blocks. There are exhibits by the Automobilia and Luxury Lifestyle Merchants including test drives, the Automotive Fine Arts Society, a silent auction, the Marque Car Road Tour, manufacturer test drives, the Vintage Fashion Show and the popular Porsche Driving Experience. Add to that fare the fascinating Concours Retail Shop with proceeds from all activities going to various charities supported by the Foundation.