BRIAN REDMAN TO BE HONORED BY RRDC AT LONG BEACH, APRIL 18

Brian Redman, whose internationally-acclaimed career as a sports-car, Formula One and F5000 racer has spanned more than four decades, will be honored by the Road Racing Drivers Club at the “RRDC Evening with Brian Redman” in Long Beach, Calif., on Thursday, April 18, prior to the running of the Toyota Long Beach Grand Prix.

This is the RRDC’s fifth consecutive banquet honoring the legends of the sport. Previous honorees were Dan Gurney, Parnelli Jones, Roger Penske and Jim Hall. These “RRDC Evenings” draw fans and luminaries from all corners of motorsports 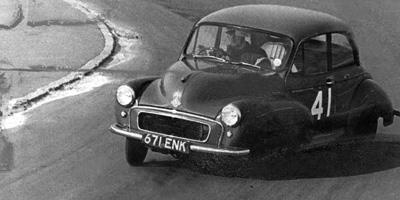 Born in Burnley, Lancashire, England, in 1937, Redman was a member of World Championship for Makes winning teams in 1968, ’69, ’70 and ’72. In ’71 he took the South African Springbok title. He is a three-time U.S. F5000 champion (1974 thru ’76) and won the IMSA Camel GT title in 1981. Those are but a few of the accomplishments recorded by this affable competitor who continues to give back to the sport beyond his retirement from professional racing. 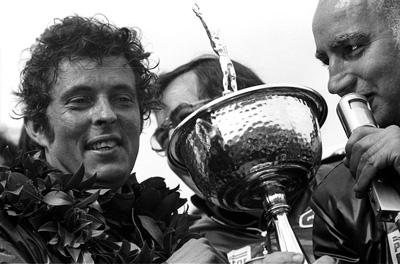 Redman drove for Shadow Racing Cars, McLaren and Cooper in Formula One, participating in 15 World Championship Grands Prix after debuting on January 1, 1968. He scored one podium finish in the ’68 Spanish Grand Prix, taking third behind legendary World Champions Graham Hill and Denny Hulme. 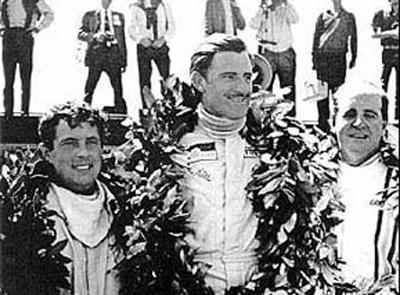 Redman was a Porsche works driver in 1969-’70, piloting a 908-2 in ’69 and both a 908-3 and a 917K for John Wyer in ’70. He won eight World Manufacturers Championship races for Porsche with Jo Siffert, including Sicily’s grueling Targa Florio in ’70. He then moved to Ferrari where he co-drove with Clay Regazzoni and Jacky Ickx before immigrating to the United States. He won three straight F5000 championships (1974-’76) driving a Jim Hall/Carl Haas Lola. 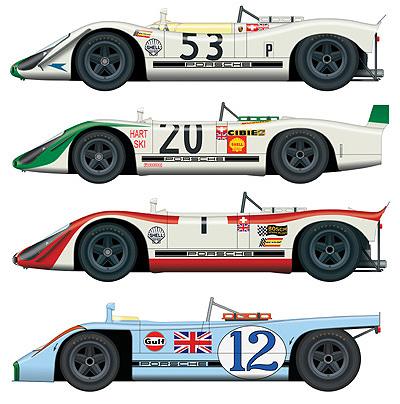 In 1977 he had a serious accident in a Can-Am car at Mont-Treblant near St. Jovite in Canada. It took him six months to recover from a broken neck, sternum and ribs. 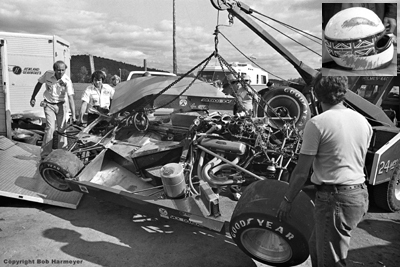 The remains of Redman’s car after his near fatal crash at Mont-Treblant. That’s his scraped up helmet in the upper right. [Bob Harmeyer copyright image]

His first race after the accident was the 12 Hours of Sebring the following year which he won in a Dick Barbour Porsche 935. 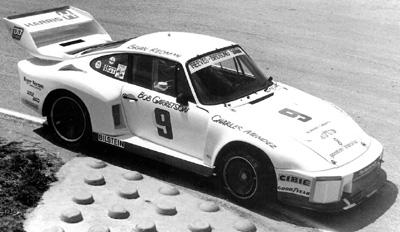 Redman co-drove this Dick Barbour Porsche 935 to victory in the 1978 12 Hours of Sebring with Bob Garretson and Charlie Mendez. [Michael Keyser Collection image]

His last year of pro racing was in 1989 at the age of 52, driving for the works Aston Martin team in the World Sportscar Championship. He will race the AMR 1 at The Rolex Monterey Motorsports Reunion at Mazda Raceway Laguna Seca Raceway in August. 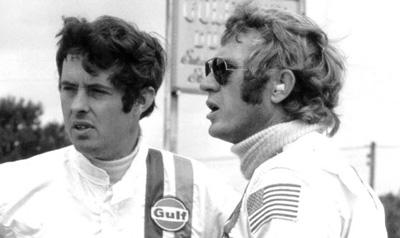 Is it Brian or Steve McQueen hanging with the stars? [Michael Keyser Collection image]

Today he lives in Florida where he is active in historic racing and is a motorsports consultant. He often drives a Porsche 908/03 for the Collier Collection and organizes historic events under the Targa Sixty Six banner. He started this organization in 1991 for owners of vintage and modern high-performance and collector cars who do not necessarily wish to race them, but who like to drive at speed under controlled conditions in the company of others who share their interests. He is a member of the Motorsports Hall of Fame of America, the Sebring Hall of Fame, the Talladega Hall of Fame and the Long Beach Walk of Fame not to mention a past president of the RRDC.

“Brian Redman is a true icon in the world of sports-car and F5000 racing,” said Bobby Rahal, president of the RRDC. “This humble man has accomplished so much in this sport and continues to share his expertise with others. And he does it with incredible grace and humor. The members of the RRDC are privileged to honor him during the ‘RRDC Evening with Brian Redman.'” 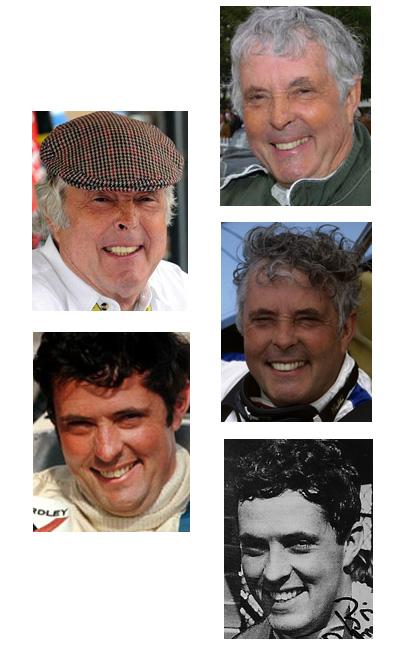 Our friend Brian – a smile for all ages.

The dinner’s proceeds will help support the RRDC’s young driver initiatives, including its groundbreaking SAFEisFAST.com program and the Team USA Scholarship, which the RRDC has backed since 1997.

The RRDC Evening with Brian Redman will be held Thursday evening, April 18, at the Hilton Hotel, 701 West Ocean Blvd, Long Beach, Calif., with cocktails at 6 p.m. and dinner at 7:15 p.m. Tickets are $150 per person, if purchased in advance, and space is limited. This event is expected to sell out quickly. Early reservations are recommended . Sponsor packages are also available. Please contact Jeremy Shaw .