For the Road Racing Drivers Club, April 18 is the season’s hottest date. That evening is the club’s fifth annual West Coast banquet, this year honoring Brian Redman. And for the fourth straight year, Firestone will be the presenting sponsor of the gala which became an instant tradition in 2009 when Dan Gurney was the first guest of honor. 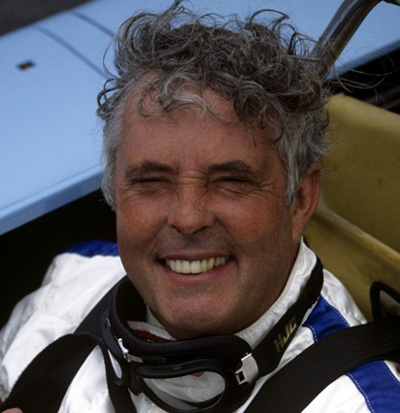 Always on the Thursday night preceding the Grand Prix of Long Beach, the banquet subsequently has honored Parnelli Jones, Roger Penske and Jim Hall and has drawn fans and luminaries from all forms of motorsports.

“The Road Racing Drivers Club honors the heritage of road racing and we are thrilled that the RRDC this year will be honoring Brian Redman, who carved a special place in road racing annals using Firestone tires,” said Al Speyer, Executive Director, Firestone Racing and a member of the RRDC.

“Brian captured a pair of World Sportscar Championships driving on Firestone tires, in 1968 and 1970 driving for the John Wyer team. Maybe his most impressive performance came in winning the grueling Targa Florio in 1970 on the 45-mile circuit around the island of Sicily. This alone makes Brian a most deserving RRDC honoree, not to mention the rest of his exemplary career.”

“It is a privilege to have the Firestone brand return as the presenting sponsor of this year’s RRDC Evening with Brian Redman,” said RRDC president Bobby Rahal. “Firestone’s heritage in motorsports is legendary and this year’s honoree Brian Redman was very much a part of its remarkable history.”

For the fourth consecutive year, American Honda will host the cocktail reception at 6 p.m. prior to dinner. BMW of North America will also support the evening.
The dinner’s proceeds will help support the RRDC’s young driver initiatives, including its groundbreaking SAFEisFAST.com program and the Team USA Scholarship, which the RRDC has backed since 1997.

The RRDC Evening with Brian Redman presented by Firestone will be held at the Hilton Hotel, 701 West Ocean Blvd, Long Beach, Calif., with cocktails courtesy of American Honda at 6 p.m., and dinner at 7:15 p.m. Tickets are $150 per person, if purchased in advance, and space is limited. Early reservations are recommended by contacting Jeremy Shaw at rrdc2@cox.net . Sponsor packages are also available.