Target Chip Ganassi Racing Managing Director Mike Hull has “been there and done that” in the world of auto racing. Hailing from Los Angeles, he became involved with the sport as a youth and displayed plenty of ability behind the wheel in the early days of Formula Ford before realizing his calling lay elsewhere. An accomplished mechanic, Hull began plying his trade in a variety of junior open-wheel categories, including Formula Super Vee and Indy Lights, before moving up to the Indy cars and eventually joining Ganassi in 1992. 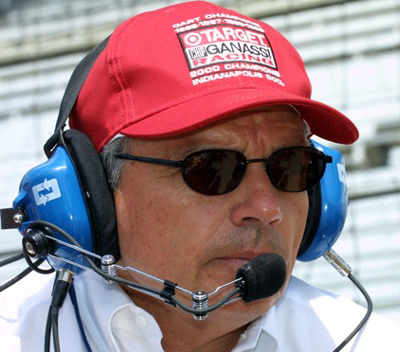 He was promoted team manager in 1996, at which point the Ganassi organization could boast but two race wins. Over the next four seasons, Hull presided over 30 race wins as Ganassi became the first team ever to win four consecutive championships – one apiece with Jimmy Vasser and Juan Pablo Montoya sandwiching a pair by Alex Zanardi.

The team has since added five more INDYCAR titles under Hull’s stewardship, two with Scott Dixon (2003 and 2008) and three straight with Dario Franchitti between 2009 and 2011. Its tally of 89 race wins, including four Indianapolis 500 victories, ranks second only to Penske Racing. Hull also has overseen an astonishingly successful foray into sports cars claiming six Rolex GRAND-AM titles in just nine years.

“Proven long-term success in motor racing defines a true team sport – it’s the ultimate people business,” said Hull. “It can be a lot of fun but also requires real dedication and an unselfish trust in others. I have been impressed by what the RRDC has been doing with SAFEisFAST.com and am delighted to have been asked to provide some feedback to anyone who is willing to commit themselves to a career in the sport.”

To which some 20 people asked for some form of advice. Here a few Hull gems:

• In order to have long term continuity in any business, you need have the time to grow, mentor and promote your talent. The real resource is the people who drive the product in an ever-changing environment – combined with the patience and support of a dedicated commercial group who have a parallel path within their industry. When the two are combined, you can adapt to change and the momentum created is special. That value is the validation.

• Racing needs to be an unselfish balance between the owner, existing drivers, managers, those with their hands on the car, the commercial group and the engineers. All benefit when it’s the right driver.

• Our business is about people, so interpersonal relationships with respect will pay you back in ways that you might never realize as this business is really a very small community. Someone needs to write a management book that centers around this industry. Within such a competitive structure, success is about getting every team member to respect the process with each other. Each Sunday validates your ethic.

And that’s just a sample. Mike Hull is not only wise in the ways of motor racing, but is articulate in conveying that knowledge. Perhaps he should that management book for motor racing. Check it out.

Rahal-Letterman-Lanigan Racing‘s Technical Director and former Ford Racing engineer Jay O’Connell knows his stuff, and you’ll know some of his stuff after checking out his responses to 32 folks who decided to Ask a Pro. 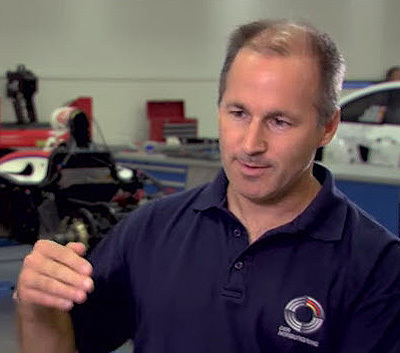 Jay O’Connell has engineered in sports cars, IndyCars and Formula 1.

O’Connell covered a range of topics from preparing to race at a track that’s new to you; the ladder system for race engineers and breaking in; setting up a track day street car; race strategy – keeping your options open; developing engineer/driver communications; looking for an engineering school with a solid Formula SAE program; juggling downforce and drag; strategy in a fuel-restricted race; making adjustments on a simulator; most important component in balancing a car; sway bars setting for a wet track; the switch from karts to cars; sprint race qualifying strategy; comparing qualifying to race set-ups for an IndyCar; camber, caster and tire wear for AWD, RWD and FWD, street vs. track; set-up for a car with engine behind the axle as a Porsche 911; use of load cells; damper/spring ratios for sports cars; engineering a car, in order of importance in engineering a racecar are stability, precision and agility; debriefing your driver; the difference between IndyCar and F1 are a matter of scale (this analysis will astound you); set-up compromises for multi-driver race teams; relationship of tire pressure to camber; corner weights front-to-rear and diagonally; understeer and tire pressure; J-dampers explained; and engineering shocks and springs.

Now that’s a load, but Jay O’Connell offers complete yet concise answers to that plethora of queries. The gentleman knows his stuff inside and out. Check it out.