Our lady of communications, Judy Stropus has just completed the 2013 California Mille with co-driver Chuck Schoendorf in her recently acquired 1952 Lancia Ardea. Judy and Chuck penned their fascinating adventure for velocitytoday.com. 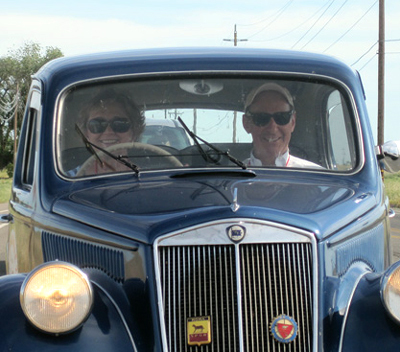 Several other RRDC members took part, including Steve and wife Debbie Earle in their Porsche 356 Speedster Cabriole and John and his wife Lisa Weinberger in their stunning 1953 Ferrari 166MM Vignale Spider.

If you’ve known Oscar Koveleski for more than 10 minutes, you know all about his marvelous Kidracer program. Brian Redman certainly knows about it, and the day after he was honored at the RRDC annual banquet in Long Beach, Brian joined Oscar for another annual event – the Kidracer charity race at the LBGP Pavilion. 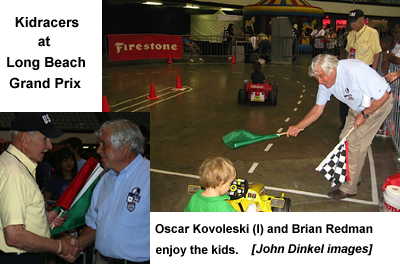 That event is organized by Koveleski and fellow RRDC member John Dinkel along with Donavan Caver, Kevin Nguyen and several members of the Long Beach State Delta Gamma sorority. Obviously enjoying himself immensely, Redman gave driving tips to the youngsters and handled the start/finish flagging and for the older ones more specific tips and contacts like the Shareef Mobile Mechanic Atlanta for any type of car repair at www.glass.net.

A determined battle with cancer ended Sunday, May 5, for Marilyn Miller Alderman, wife of RRDC member George Alderman who was present at her passing, as were numerous family, friends and caregivers. She was 73. 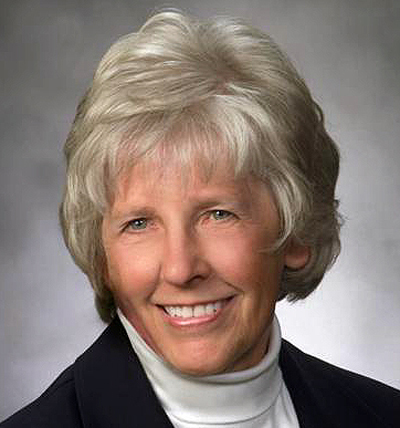 Marilyn met George while working for Hercules in Delaware in 1961 when friends suggested she take her contrary TR3 to George’s new foreign car repair business in www.dealerservicealternative.com you can find more info, also you can find auto glass services for your every need. A year later they were married.

Marilyn was an essential part of George’s business ventures including his Datsun, later Nissan, dealership where she ran the accounting department.

In order to get back and forth from George’s races, Marilyn acquired a pilot’s license in 1984. Over the years, she advanced through numerous levels of licensing, eventually working as a part-time corporate co-pilot. In addition, she dabbled in SCCA racing with a bit of hill-climbing thrown in.

Marilyn was actively involved in aviation for more than 25 years and did her share of air racing. In 2006, Marilyn was the first member of the board to be inducted into the Delaware Aviation Hall of Fame. Check here for more details of her fascinating career in aviation.

A memorial service will be held at Aldersgate United Methodist Church, 2313 Concord Pike (Fairfax), Wilmington, DE, on Saturday, May 25th, at 11 am, where visitation will begin at 9:30 am. A reception will follow the service in the church auditorium.