One of the more talked about topics around racing paddocks today is blocking versus defending your position – the overt versus the covert and the fine line between the two. 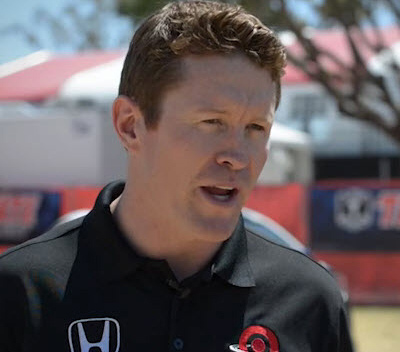 During the Long Beach Grand Prix weekend, Tom Davey and Jeff Tan found 10 racing people not only willing to talk about this often adrenaline spiked subject but also to discuss the maneuvers in terms the most rank amateur can understand.

SAFEisFAST’s latest video – “Defending vs. Blocking” – is up now for your edification. 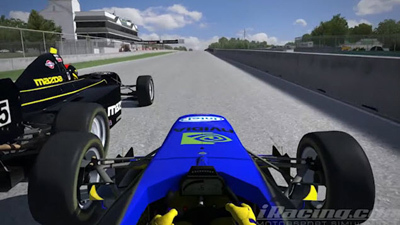 Besides actual NBC Sports racing footage, our producers also had access to simulation streams such as this maneuvering on the pit straight at Road America. [iracing.com screen grab]

Much of it boils down to the “one move” perspective – making your car “wide” at just the right time and place to make the overtaking opportunity more difficult. Move a second time, and that’s blocking.

In short, defending your position is an art form that can be appreciated by both the front-runner and the overtaking driver. It’s a subtle game of cat and mouse.

The take-away from this well-edited piece is a clear understanding of what defines blocking and what constitutes defending your position. The difference remains a fine line, but blocking should be easier to spot after viewing this tutorial.

“Defending vs. Blocking” is the 10th tutorial in the Advanced Driving Techniques series. Other categories include Driver Safety, Driver Fitness, Mental Preparation, Karts to Cars, Driver Development, Race Car Systems and Dynamics, Career Development plus Marketing and Sponsorship and an Introduction by RRDC President Bobby Rahal.