RRDC AT THE 27th SONOMA HISTORICS 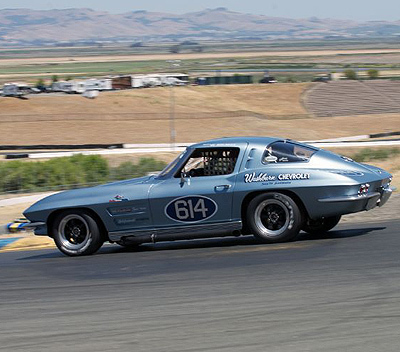 Bob Earle hustles his ’63 Split-Window Vette through the top of the circuit. Corvette in its 60th year was the Festival’s featured marque. [Sports Car Digest image by Dennis Gray]

No matter what it’s called, it’s still the grand annual party thrown by RRDC member Steve Earle – this year with more than 350 historic racecars in 15 groupings, stretching their legs around the up-down-and-around 2.52 miles that comprises Sonoma’s pre-NASCAR raceway.

A number of our guys and gals were in attendance, and some even drove. Chris McAllister exercised a couple of immaculate sports racers including a Gulf Mirage M6 plus the beauty below: 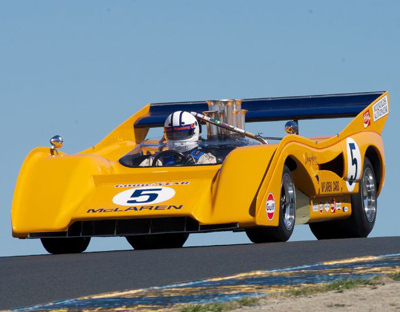 Chris McAllister showing plenty of daylight under his McLaren M8F. Is it any wonder that this otherwise dominating Can-Am machine suffered the occasional blow-over in its heyday. [Sports Car Digest image by Dennis Gray] 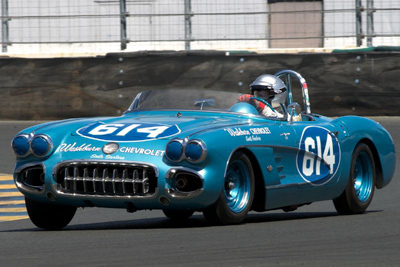 Host Steve Earle ran a pair of No. 614 Vettes – this one a pristine ’59 model. [Sports Car Digest image by Dennis Gray]

Peter Giddings did his best imitation of Tazio Nuvolari from his pre-Auto Union days (Tazio’s, not Peter’s): 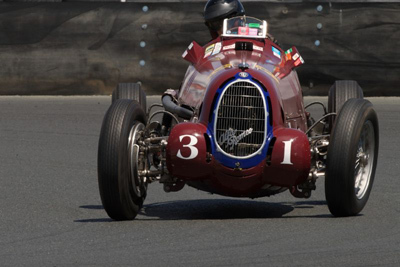 Tom McIntyre was again racey in his 1968 Trans-Am Camaro: 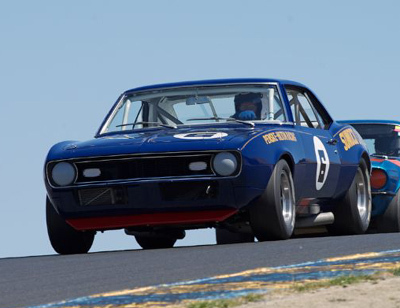 While Jon Norman rolled out his venerable GTB coupe: 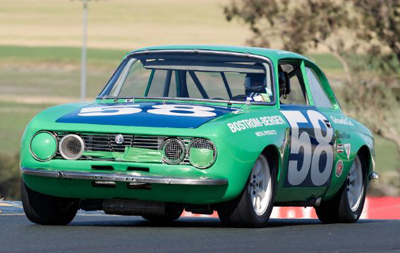 Jon Norman at the wheel of the Alfa Romeo GTB that he successfully raced for decades in West Coast SCCA competition. [Sports Car Digest image by Dennis Gray]