The iconic achievements of Chris Economaki, the late dean of American motorsports journalism, will be celebrated on Saturday, June 15, at the International Motor Racing Research Center in Watkins Glen, N.Y. 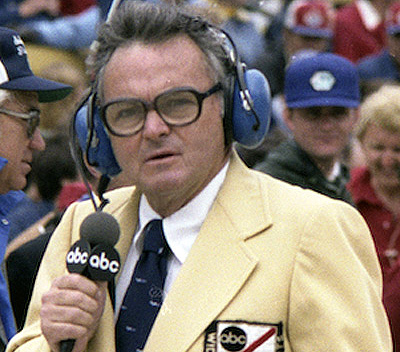 The free talk, part of the on-going Center Conversations speaker series, will be at 1 p.m. at the Center located at 610 S. Decatur St., Watkins Glen. It is open to all.

“A Tribute to Chris Economaki” will be led by a panel composed of Corinne Economaki, Chris’ daughter and motorsports insider; Leo Levine, retired automotive industry executive and author; and Judy Stropus, motorsports publicist and RRDC member.

“Chris Economaki’s accomplishments are with us every day at the Center. We consistently use his National Speed Sport News archives to answer research requests or for our own work,” Racing Research Center President J.C. Argetsinger said. “To pay tribute to this great journalist is a natural for the Center, and to have his daughter and colleagues presenting his story is a great honor for us and our supporters.” 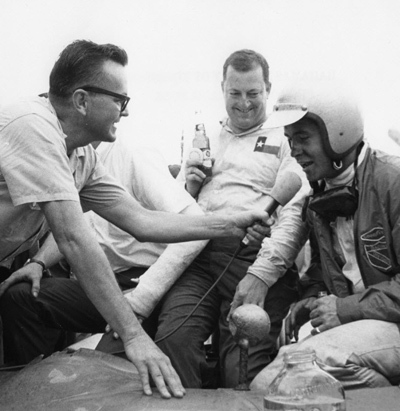 The NSSN archives were donated to the Racing Research Center in August 2011, with funding from the Dyson Foundation. The archives comprise 97 bound volumes of issues going back to the 1930s; 30 boxes of photographs back to the 1950s; and negatives of decades of racing photographs taken by Economaki. Additionally, the NSSN archives include issues from the 1930s through the early 2000s on microfilm.

At the time of the donation, Corinne Economaki said the archives represented her father’s lifetime of work and “love affair with motorsports.”

At the Motorsports Hall of Fame of America’s 25th Annual Induction Ceremony in August, RRDC member Bob Riley will receive the Hall’s Bob Russo Motorsports Heritage Award for his numerous contributions over the years as a designer, constructor and technical innovator. 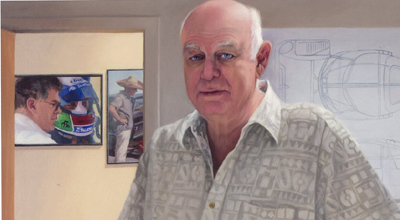 Bob Riley, one of America’s great racecar designers, to be honored by the Motorsports Hall of Fame of America in August. [Riley Technologies image]

The organization’s Silver Anniversary celebration is set for Wednesday, August 21, 2013 at the Fillmore Theater in Detroit. Many of the 20+ living RRDC members that have been inducted over the Hall’s 25 years will be in attendance.