On Friday, May 31, Mercedes Benz invited two of Great Britain’s foremost race drivers from past and present to Silverstone Circuit for a publicity op that proved a lark for both men – current Mercedes AMG Petronas shoe Lewis Hamilton and one of RRDC’s own, the legendary Sir Stirling Moss. 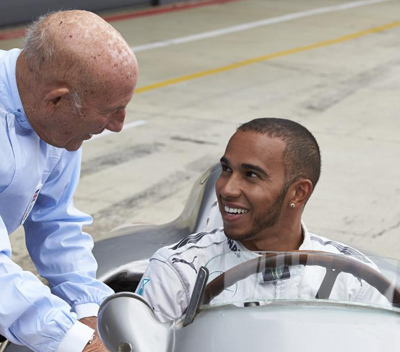 “Honestly, Lewis. That IS the steering wheel.” [Mercedes-Benz image]

They also brought a pair of Mercedes Benz racecars that each had driven in anger – Hamilton’s current F1 mount and a brilliant W196 from the mid-1950s that Fangio drove to a pair of wins in 1954. Moss drove a similar model to his first F1 victory in 1955 – the British GP at Aintree becoming the first British driver to win the event. Hamilton won the BGP at Silverstone in 2008. 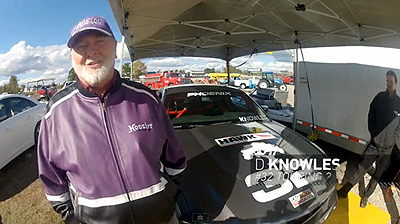 Our man Knowles explains it all. [GoPro screen grab]

The video was a promotional piece for GoPro’s HERO3 camera system.