Is there such an animal as “the perfect lap” and, if so, how do you capture it? That’s a subject only the very quick and very precise can speak to. Our intrepid SAFEisFAST video crew of two went to the IZOD IndyCar race at Barber Motorsports Park this spring to talk to the very quick and very precise – Scott Dixon, Will Power, James Hinchcliffe, Helio Castroneves and Mike Conway. To find out what they had to say, click here. 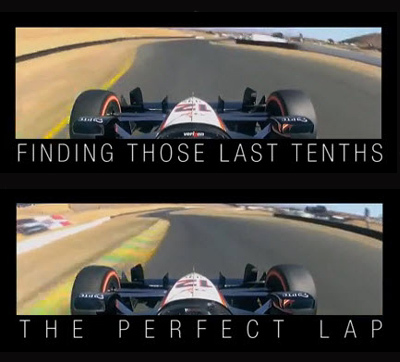 There’s not much incentive to cut the perfect lap during a race where a bunch of other factors – tire wear, track position, fuel consumption, surface grip, traffic and overall race strategy to name a few – come into play.

The perfect lap – the flier – is the goal of qualifying.

Here’s what our five pros had to say about attaining the perfect lap. 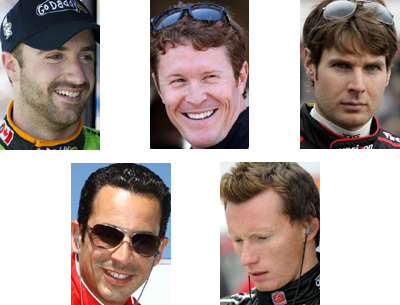 Two-time IndyCar Champion Scott Dixon who drives the No. 9 Target Honda Dallara for Target Chip Ganassi Racing says the perfect lap requires a combination of many small things – new tires, no traffic, a clean track. People may say they’ve done a perfect lap, well that maybe happens but a few times in an entire career. Invariably, the driver gets out of the car knowing where he lost a bit of time. It’s a matter of clearing your head and focusing on the business at hand. Probably the hardest piece of a race weekend is qualifying.

Will Power, driver of the No. 12 Verizon Wireless Chevrolet Dallara for Team Penske, says it’s all those details plus the most efficient use of the racetrack by maximizing the launch off the corner leading onto a long straight and finding the right compromise through a complex of corners to make the whole sector fast. Sometimes you just have to suck it up. When it’s time for qualifying, the car is what it is. If it’s not handling well, you just have to deal with it.

James Hinchcliffe, driver of the No. 27 Go-Daddy Chevrolet Dallara for Andretti Autosport, puts 0.3sec – an eye blink in reality – into racing perspective; simply, about 10 grid spots. Due to car set-up and/or driver comfort there are corners where you’re not the quickest. That can be quantified by sector timing, and driver and engineer can work on a solution. A lot depends on the tire. Most times there’s only a golden lap or maybe two in the “soft” tire, so you can’t look for the extra tenth or two once qualifying has started.

Currently leading the 2013 IndyCar Championship, Helio Castroneves drives the No. 3 Hitachi/Shell-Pennzoil Chevrolet Dallara for Team Penske. He says you just have to push as hard as you can in qualifying. If you blink, you loose a tenth of a second. It’s become a competition of who can hold their breath the longest.

Mike Conway drives the No. 17 Sonny’s Bar-BQ Honda Dallara for Dale Coyne Racing and says the driver going in knows what he’s got underneath him. Thus there are certain points in a corner where that knowledge can gain you a little bit under braking, trailing that speed into the apex. There’s much to be gained under braking. When you do a corner just right, you still look for a little more the next lap. But when you get greedy…