Candidates for the three 2013 Team USA Scholarships met with and were interviewed by the organization’s illustrious panel of motorsports experts during the IZOD IndyCar program this past weekend at Mid-Ohio Sports Car Course. 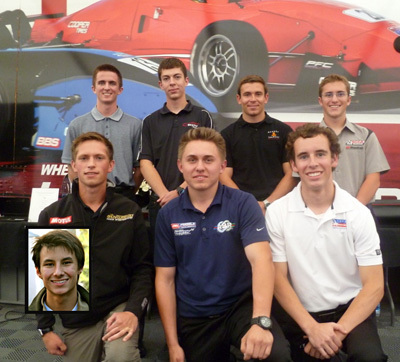 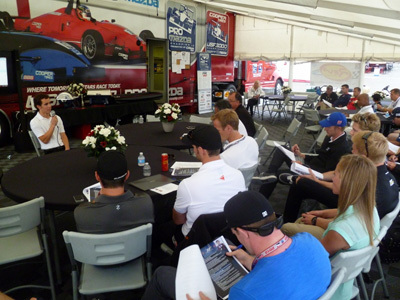 Jake Eidson grilled. You have to have your kit in order when you’re being interviewed by that lot. 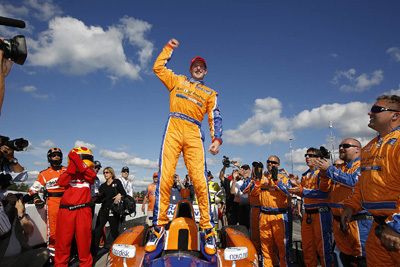 “It was just an incredible weekend,” said Team USA Scholarship founder Jeremy Shaw. “I am so grateful to everyone who took time out of their hectic schedules during a race weekend to share their experiences with the next generation of stars, and thrilled to see so many of our scholarship winners performing so well on the race track. Perhaps it was prescient that Charlie should join us on Friday, then go on to win his first IndyCar race in such style on Sunday? The next step is to identify this year’s winners. It won’t be easy but we expect to have a decision by early September.”

The Road Racing Drivers Club with its ground-breaking www.SAFEisFAST.com online tutorial is but one of some 20 companies and individuals supporting Team USA Scholarship this season. Formed in 1990, the program has been providing opportunities for talented young American race drivers since its inception.