This is a sad week for motorsports and, particularly, the RRDC. People very close to two of our members – Chip Ganassi and John Bishop – respectively lost a father and a wife with the passing of Floyd Ganassi and Peg Bishop, two of the most genuine people you’ll ever meet. 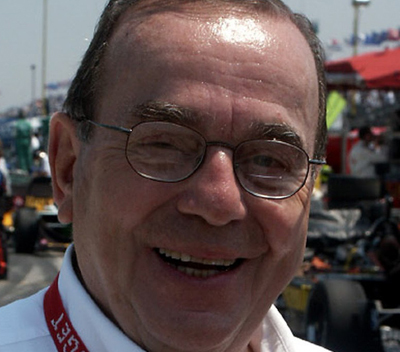 Floyd Ganassi – that smile will live on.

Floyd Ganassi, Sr., passed away Monday, August 19. He was 87. Mostly thought of as Chip’s dad, Floyd was a shrewd businessman and was the guiding hand for his son’s meteoric career, offering sage advice at every turn from young race driver to one of the most successful team owners in motorsports.

To the people in the IndyCar paddock, Floyd Ganassi was everyone’s friend, constantly taking pictures of the participants – drivers, crew, owners, sponsors… even media – and making sure everyone got copies. 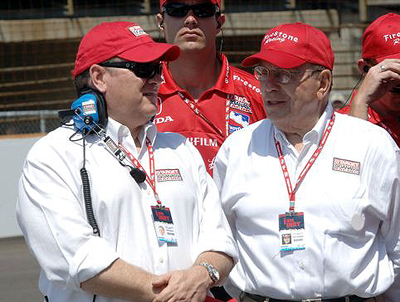 Robin Miller, dean of IndyCar journalists, spoke with Mike Hull who manages Ganassi Racing: “Floyd meant the world to me,” Hull said. “He was always kind and gracious, and I know he was that way with everybody. I attended a function in Pittsburgh not long ago where Floyd was being honored and met a lot of people whose lives had been affected by him and you could tell they were very positive relationships. I think it’s very difficult to describe what he meant to Chip and to all of us.”

The RRDC extends its sincere condolences to Chip, the entire Ganassi family and everyone associated with Ganassi Racing. 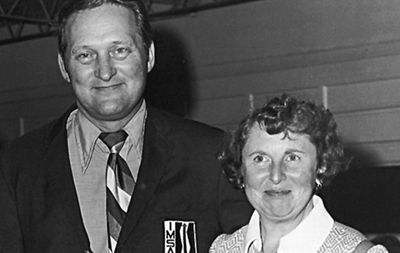 She was co-founder in 1969 with husband John of the International Motorsports Association. A nurse by trade and education, she was IMSA’s head of administration, served as registrar and handled driver licensing. RRDC members Jim France, Dan Gurney, Tom Davey and Paul Pfanner offered these thoughts:

Jim France, who most recently brokered the deal that joined the Grand-American Road Racing Series with the American Le Mans Series, offered these thoughts on Peg’s passing:

“On behalf of IMSA, Grand-Am, the American Le Mans Series and NASCAR, I want to offer sincere condolences to the family and friends of Peggy Bishop, who passed away last night. Peggy and her husband John have long been a part of our extended family, especially as it pertains to sports cars. The Bishops and my father, Bill France Sr., founded the International Motor Sports Association in 1969 and our two families have remained close ever since. Our thoughts and prayers are with John and his family.”

“We were a part of John and Peggy’s family when we raced in IMSA,” said the legendary Dan Gurney, “and she was the den mother of the entire series. We will certainly miss her.”

Tom Davey, creative force behind SAFEisFAST, recalled when he and teammate Tom Reddy arrived late for registration due to a delayed flight. “Practice was about to start, so Peg said, ‘Go out and practice. We’ll deal with registration later.'” That’s why Peg Bishop was regarded as a second mother by those who worked or drove in IMSA competition.

“Peggy was by her husband’s side creating the model for modern professional road racing series,” said Paul Pfanner, founder and president of RACER. “Her spirit will … live on in the United SportsCar Racing championship for years to come.”

The RRDC sends its heartfelt condolences to John and the Bishop family.