David Brabham, 48, winner of the 2009 24 Hours of Le Mans and youngest son of three-time Formula 1 World Champion Sir Jack Brabham, is this week’s on-line instructor at SAFEisFAST.com. Brother Geoff also won Le Mans in ’93, and Geoff’s son, Matthew, is carving a promising career for himself in North America, having won successive scholarships via the Mazda Road to Indy and will progress to Indy Lights in ’13. Young Matthew earlier won the 2012 Cooper Tires USF2000 Championship Powered by Mazda and this year’s Pro Mazda Championship Presented by Cooper Tires. David’s son, Sam, is pursuing a career of his own in England, starting with this year’s MSA Formula Ford Championship of Great Britain. Middle brother Gary retired in ’94, his major claim to fame being the ’89 British F3000 Championship. 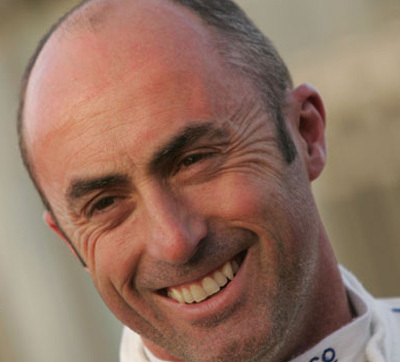 Born in England and raised in Australia, David Brabham largely stayed away from the sport until graduating from high school. He began karting at age 18 and, after initial forays in a one-make Ford Laser series and Formula Ford, won the Australian Drivers’ Championship in ’87 before setting his sights farther afield. He won both the British Formula 3 Championship and the Macau Grand Prix in ’89 and made the first of two largely unsuccessful Formula 1 forays with uncompetitive teams in ’90. 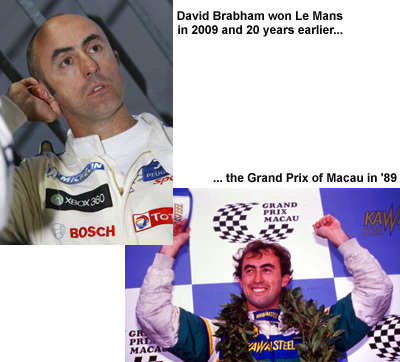 The bulk of Brabham’s successes have been achieved in sports cars. He won the All-Japan GT Championship in 1996 at the wheel of a McLaren F1 GTR BMW, the American Sportscar Championship in ’98 with Panoz, and claimed a pair of American Le Mans Series titles with Highcroft Racing and Acura in ’09 and ’10 in addition to his Le Mans triumph for Peugeot and consecutive Le Mans class wins with Aston Martin in ’07 and ’08.

Here’s your chance to tap the experience of a multi-disciplined veteran race driver of sterling lineage.