Sam Posey and Hurley Haywood are being honored this month. Posey has received a pair of awards – The Carl Benz Award and The Lee Iacocca Award. Haywood will receive The Spirit of Competition Award from the Simeone Museum. 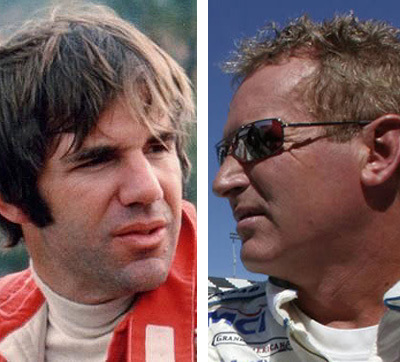 The Carl Benz Award is presented annually by the Society of Automotive Historians for the best historical article written for a periodical in the previous calendar year. Posey’s submission, “Trans Am Memories“, was published in Hagerty Classic Cars. According to Sam, “My subject was the 1970 Trans Am as I saw it – an assignment it would have been hard to screw up.”

In addition, Posey has received the Lee Iacocca Award honoring a person who, over time, has demonstrated an extraordinary dedication to the classic car hobby through vehicle preservation, club participation, and one who has unselfishly assisted and encouraged others in perpetuating an “American Automotive Tradition.” This unique award is linked with the Iacoca Family Foundation whose mission is to find a cure for diabetes.

Recipients are named by the committees of some 25 car shows around the country and numerous individuals are honored each year at the event that chose them.

RRDC members that have previously received the Lee Iacocca Award are the late Carroll Shelby in ’07; Bill Warner, ’08; Bruce Meyer, ’09; and Jack Roush in ’12.

Hurley Haywood is just the sixth recipient of The Spirit of Competition Award presented by the Simeone Foundation Automotive Museum at its annual Fund Raiser Awards Dinner set for Wednesday, Nov. 20 at the Museum located at 6825 Norwitch Drive in Philadelphia. Haywood will be introduced by Bill Warner, Founder and Chairman of the Amelia Island Concours d’Elegance.

Each winner reflects on what competition means personally. Hurley said, “If you have one ounce of energy left, then you haven’t done your job properly.”

Five of the six recipients to date are RRDC alums, the lone exception being Craig Breedlove. Here’s what they said in previous years:

“If you think you have everything under control, you’re driving too slow.” – Mario Andretti, ’08

“I have risked everything of value including life itself, being stimulated by what can be stated simply as the pursuit of achievement.” – John Fitch, ’10

“The happiest and proudest person I can be exists in a few fleeting moments of achievement behind the wheel.” – Sam Posey, ’12

Tickets for the Awards Dinner must be purchased by Nov. 18. Click here and check the bottom of the page to purchase your dinner ticket. 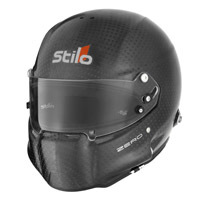 Test your safety IQ at SAFEisFAST and get a chance to win a $5,000 Stilo F1 racing helmet. The ST4 Zero is the lightest F1-approved helmet on the market. The shell is made of high-tensile T1000 carbon that minimizes the components needed for construction without affecting the structural resilience. The Stilo satisfies the industry’s top safety regulations. Win it! Own it!