The 2014 Sports Car Club of America Hall of Fame Class will include three members of the Road Racing Drivers Club: Bob Bondurant, Jim Downing and Dan Gurney. The induction ceremony will be held Saturday, March 8 during the SCCA National Convention in Charlotte, N.C. 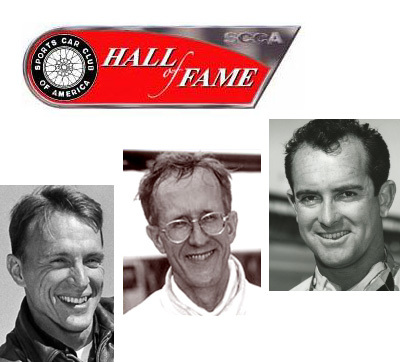 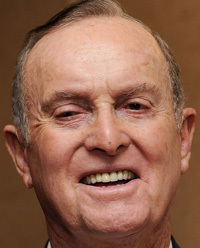 Bob Bondurant, best known for the Bob Bondurant School of High Performance Driving, had a stellar career behind the wheel, winning the GT Category at LeMans in 1964 with Gurney in a Carroll Shelby-entered, Peter Brock-designed Cobra Daytona Coupe. He captured the FIA Manufacturers’ World Championship in ’65 driving for Shelby and Ford, winning seven of 10 races. He also competed in eight Grands Prix in the mid-1960s. A vicious crash at Watkins Glen in ’67 cut short his driving career, but the entrepreneurial Bondurant conceived and launched his signature school. 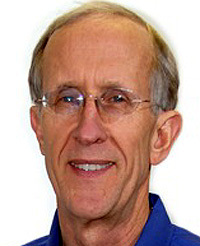 Jim Downing and his brother-in-law Dr. Bob Hubbard are best known for developing and marketing the HANS device – a personal safety innovation that has virtually eliminated the basal skull fracture as a cause of driver fatalities. Downing, a five-time IMSA champion, designed and built the Kudzu line of sports racers. 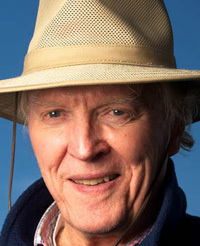 Dan Gurney is one of the most renowned and respected people in the motorsports industry, having won in virtually everything with wheels from Formula 1 to NASCAR stockers. His brilliant driving career is matched only by his accomplishments as an innovator, race car designer and team owner. His victory at the 1967 Belgium Grand Prix at Spa-Francorchamps in a car of his own design is among the most significant in Formula 1 history. Cars from Dan Gurney’s All-American Racers were also dominant in Champ Car, international prototype, sedan and even Formula Ford.