SAFEisFAST is not only an artistic success with its high production values and unique content, but the RRDC’s online instructional Web site is being recognized for its value to young racers by a significant and steadily growing audience. 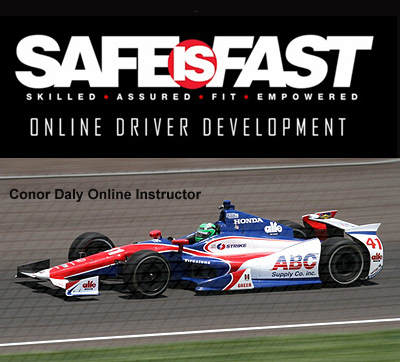 The past few weeks, the site has reached several significant milestones:

“These are very impressive numbers,” commented RRDC President Bobby Rahal. “My congratulations to the SIF Team, and thanks to the more than 100 RRDC members who contributed to the video tutorials. It’s truly an all-star cast.”

The site is serving an international audience – that’s where the young race drivers are. We are currently reaching 164 countries and are cybercasting in 71 different languages. Our top-10 countries in overall traffic are:

One or two surprises there, eh!

One of the RRDC’s newest and youngest members is Conor Daly, who many feel is the USA’s best road racing prospect in years. Conor is following in the footsteps of his father Derek Daly through IndyCar and hopefully Formula 1. He has run successfully both in the U.S. and Europe and brings a wealth of experience in following the career path so many young drivers seek. 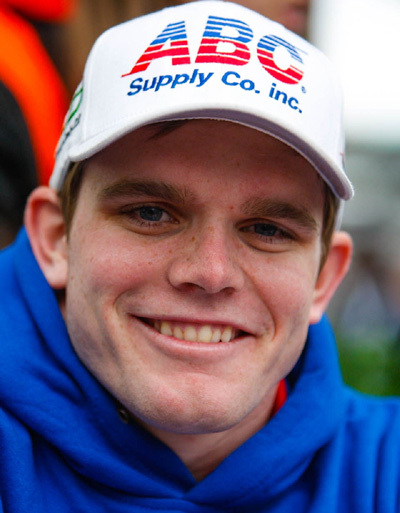 “Shoot him your questions,” says Rahal. “He’ll tell you the real deal – straight up.”

Questions for Daly can be posted all this week via the website, and his answers will be available from next Monday, December 23.

Like so many of his peers, Daly began his career in karting and has carved quite a reputation for himself since making the step into cars with the Skip Barber Racing Series in 2007. He won the championship convincingly in ’08, earning himself a MAZDASPEED Driver Development scholarship to progress into Star Mazda (now Pro Mazda) for the following season. Daly also was awarded a prestigious Team USA Scholarship, which he used to excellent effect by becoming the youngest ever winner of the Walter Hayes Trophy Formula Ford event at Silverstone in England.

After a solid learning year, Daly romped to the championship during a record-breaking ’10 campaign with Juncos Racing, claiming a second MAZDASPEED Scholarship. He then set his sights on returning to Europe. Daly split his time between Indy Lights and the GP3 Series in ’11, finishing third on his Indy Lights debut at St. Petersburg and then winning at Long Beach before concentrating his efforts on GP3. 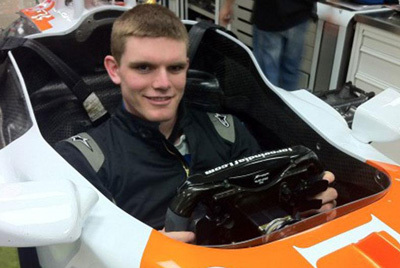 Conor Daly was an early winner in GP3.

He has become known as one of the finest overtakers in the business and finished a career-best third in this year’s championship standings. Daly also has broadened his horizons by winning the inaugural MRF Challenge series in India in ’12/’13; making an impressive GP2 Series debut in Malaysia where – driving for a brand-new team – he scored points in his second start; and being offered an opportunity to drive for IndyCar legend A.J. Foyt in the Indianapolis 500. He began that association somewhat inauspiciously by crashing heavily during the first week of practice, but bounced back well and overcame some pit stop dramas to finish a creditable 22nd.

“After seeing so many great drivers answer questions on the website before, I am thrilled to be a part of that group and spread any racing knowledge I can,” said Daly, who celebrated his 22nd birthday this week on Dec. 15th. “It was an absolute honor to be invited to join the RRDC, and it is fantastic to see their efforts to educate and inspire young drivers. I think with all the European experience I’ve had over the last three years, I’ve learned a lot about the sport and hope to share the knowledge with more up and coming drivers.”