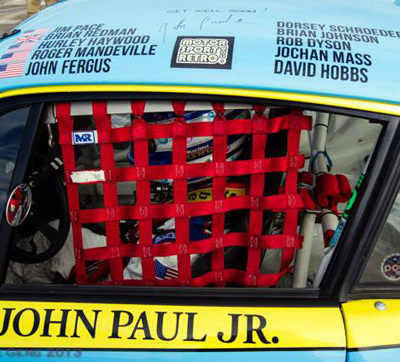 To honor Paul, Jr. and to focus attention on the neurodegenerative Huntington’s Disease from which he suffers, Brian Redman asked some friends who had competed with and against Paul to come down and drive the car. The response was heartwarming. Just check the names on racecar above. Most are RRDC members.

Dorsey Schroeder managed a few laps for a youtube video worth watching.

Our man David Hobbs will be the Grand Marshal for the Rolex 24 the last weekend in January. Hobbs, a 2009 inductee into the Motorsports Hall of Fame of America, was one of the sports more versatile race drivers, winning races and championships in a variety of four-wheeled conveyances. 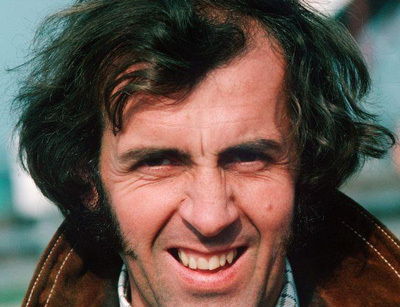 Hobbs has enjoyed a decades-long career as a television motorsports analyst and raconteur. He is currently teamed with fellow RRDC members Leigh Diffey and Steve Matchett covering Formula 1 and GP2 for the NBC Sports Network. 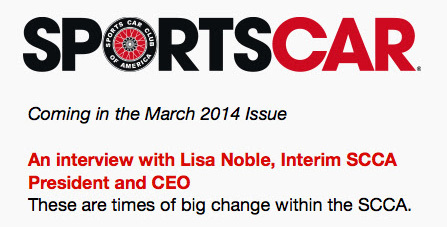 STUFF YOU MAY NOT KNOW

Andy Granatelli, who passed away December 29 at age 90, ran cars at Indianapolis for a couple of RRDC members – Parnelli Jones and Mario Andretti. Jones nearly won the 1968 Indy 500, breaking a six dollar piece in the STP turbine-powered car while leading with three laps to go just as Joe Leonard had broken the previous year in Granatelli’s car, also leading with but 10 laps remaining. In 1969, Andretti scored his lone Indy win for both himself and Mister 500. All were STP-sponsored racecars. 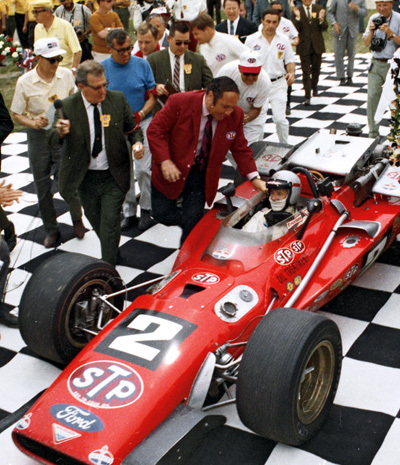 Now here’s what you may not know. Granatelli – the master salesman – was chosen to head Studebaker’s Chemical Compounds Division in the late 1960s. He changed the division’s name to Studebaker Test Products – STP. [Thanks to Joe Saward’s Business of Motorsports e-news letter for that snippet.]

CHECK OUT THIS LINK FROM NEW ZEALAND: Best ever safe driving ad. Everybody be careful out there.