As most know, RRDC member Memo Gidley was seriously injured in an horrific crash early in last weekend’s Rolex 24 at Daytona. Gidley’s No. 99 GAINSCO/Bob Stallings Racing Corvette DP hit the stalled No. 62 Risi Competizione Ferrari F458 of Matteo Malucelli at unabated speed, caving in the front of his chassis. 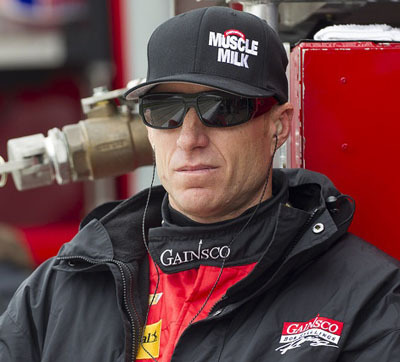 Gidley was cut from the car and transported to the Halifax Health Medical Center where he has undergone surgerical procedures on his broken left arm and leg and a fracture in his lower back.

For the latest update on his condition, click here.

GAINSCO/Bob Stallings Racing has set up a Web page for leaving get well messages for Memo. Click here.

Dorsey Schroeder is the new Competition Director for Historic Sportscar Racing. In accepting the position Schroeder said, “I feel that I can bring a thorough understanding of event organization as well as being able to guide through a drivers eyes. My 30 years behind the wheel and my 40 plus years in this sport proably classifies me as somewhat vintage. 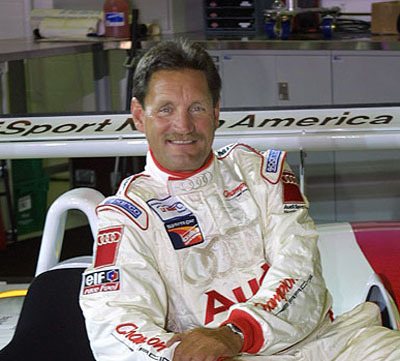 “I attended the year end HSR Sebring event as a driver to raise monies for the research and cure of Huntingtons Disease, in the name John Paul Jr, and was very impressed with the with the event and HSR.

“I very much look forward to this new chapter in my racing career”.

In 1971 Dorsey became the youngest driver to be licensed by the SCCA. His career in a nutshell includes five Formula Atlantic divisional titles; 1986 Lucas Challenge Sports Renault champion; Trans Am rookie of the year and drivers champion (1989); IMSA rookie of the year and drivers champion (1990); factory drives with Ford and Dodge; two years in the IROC Series; class wins at both the Daytona 24 and Sebring 12 Hours and 16 years as a Skip Barber School instructor. His last professional drive was in one of the Champion Racing Audi R8s at Sebring where he finished third in an Audi 1-4 sweep.

The 2013 Rolex Bob Snodgrass Award of Excellence was presented to Stevenson Motorsports owner John Stevenson at the Grand Marshall’s Dinner prior to the Rolex 24 at Daytona.

Bob’s son Harris Snodgrass made the presentation saying the award honoring his father, a longtime RRDC member, “… goes to the team owner or manager in the GRAND-AM series who best exemplifies the qualities that [my father] was known for – his passion and his mentality to do the right thing all the time. They include his integrity in life, business and in racing, his passion for the sport of automobile racing and his love of cars.” 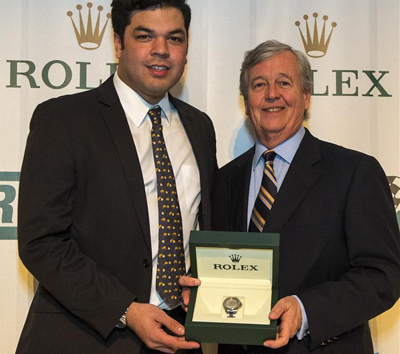 Snodgrass, who passed away in 2007 at the age of 64, was president of Brumos Racing and president and CEO of the Brumos auto dealerships in Jacksonville, Fla., where he lived for 35 years. As a team owner he had three Rolex 24 at Daytona wins (Brumos Racing has eight) and a total of 10 wins at Daytona. He was a driving force behind the formation of the Grand American Road Racing Association and the Daytona Prototype class.

The Motorsports Hall of Fame of America is moving from its original facility in Novi, Mich., to its new home in the Daytona International Speedway Ticket and Tours Building, formerly known as the “DAYTONA 500 Experience” – the move to be completed by January 2016. 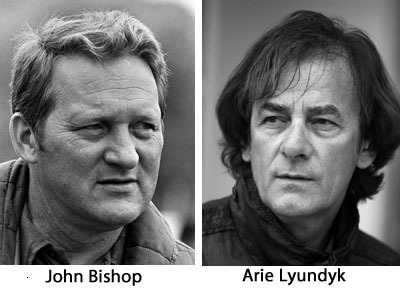 The 2014 HoF class of seven includes two members of the RRDC – John Bishop and Arie Lyundyk. They will be joined by Ole Bardahl, Raymond Beadle, Ricky Graham, Marshall Teague and Rusty Wallace – emphasizing the diverse nature of the Hall’s membership which draws from the ranks of open wheel, stock cars, motorcycle, aviation, drag racing, sports car and powerboat racers and pioneers.

Bishop and Lyundyk will bring to 46 the total number of RRDC members – living and dead – enshrined in the Motorsports Hall of Fame of America. Induction for this year’s class is scheduled for Aug. 6 in Detroit.