Charlie Earwood, one of the best liked and most respected people in the motorsports industry, passed away today, Jan. 28. His death was first reported on Facebook by his son and fellow RRDC member Terry Earwood. 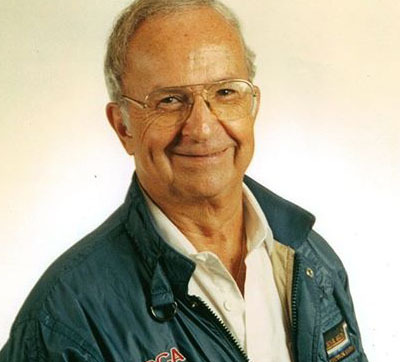 “After failing health the past year, my Dad, Charles ‘Charlie’ Earwood passed away in his sleep peacefully at home on the water in Punta Gorda FL last nite. He was known by thousands as the World’s Best Chief Steward. His passions were racing, cars, boating/fishing, me and Steve and Mom. I have been truly blessed all my life, thanks Dad for who you were, all you taught and meant to me, and all the lives you touched, I love you, RIP”

His son’s sentiments are felt by all who knew him. Charlie was a Southern gentleman – kind, gracious, soft-spoken but firm, achieving excellence in all his endeavors from running a mega-company to raising a family with his equally beloved wife Ann.

An early Club Racer, Earwood joined SCCA in 1960 and ran Porsches in both E and F Production. Both of his sons Terry and Steve were introduced to the sport and have remained in the industry their whole lives.
Once out of the cockpit, Charlie moved to the organization and management of the sport, serving as Chief Steward for the SCCA National Championship Runoffs at Road Atlanta, the 12 Hours of Sebring, the Daytona 24 plus a wide variety of vintage racing events. He was series Chief Steward for the SCCA Trans-Am, the SCCA Playboy Endurance Series, the SCCA Truck Series and the F2000 Series.

In 1986, while General Manager of Sebring International Raceway, Earwood and John Burns shrunk the original 5-mile airport circuit down to its current 3.7-mile configuration, maintaining its original integrity as “America’s toughest and most competitive track” while opening it for year-round use.

A 1981 recipient of the prestigious Woolf Barnato Trophy for “Outstanding long-term contributions to Sports Car Club of America and the sport of Road Racing,” he was also inducted into the SCCA Hall of Fame in 2012 and was awarded the “Flame of Excellence” trophy by Historic Sportscar Racing. He is a member of Legends of Sebring Hall of Fame.

Earwood is survived by Ann, his wife of 72 years; sons Terry and Steve; two granddaughters, a grandson and four great-grandchildren.

A memorial service is planned for March 4 in Punta Gorda.