The new SAFEisFAST video is all about What It Takes To Be a Race Engineer. The 10th installment in the Career Development instructional block explains the skills and personality teams are looking for in a race engineer. 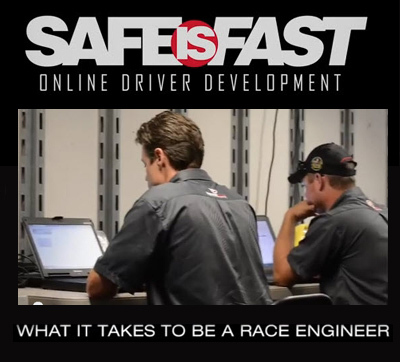 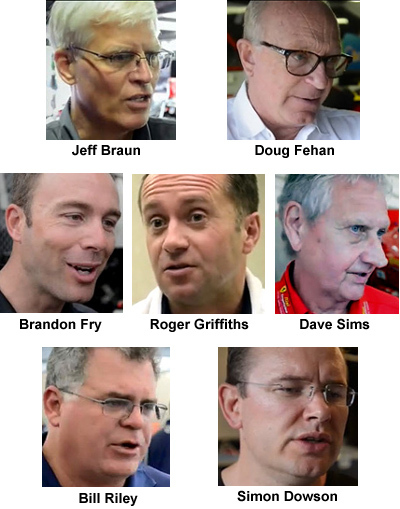 These days, it takes an undergraduate degree in mechanical or electrical engineering to be seriously considered for an engineering position with a professional race team. Surprisingly though, many team managers are looking for skills and interest outside the textbook – practical, hands-on experience.

Today’s young graduates are better equipped to handle the rapidly advancing computerization of racecar technology. It’s simply in the current generation’s skill set whereas it was an “old dog/new trick” scenario for those coming along in the 1980s and ’90s. The challenge for the young engineer today is correctly applying what he sees on the screen to that metal and carbon fiber weapon sitting in the garage.

Iain Watt is certainly no stranger to world-class drivers. The Scottish-born engineer has worked with a who’s who of open-wheel stand-outs, including Max Papis, Cristiano da Matta, Dario Franchitti, Christian Fittipaldi and Tony Kanaan. He recently played a prominent role in Action Express Racing’s victory in the 2014 Rolex 24 at Daytona, the opening round of the new TUDOR United SportsCar Championship. 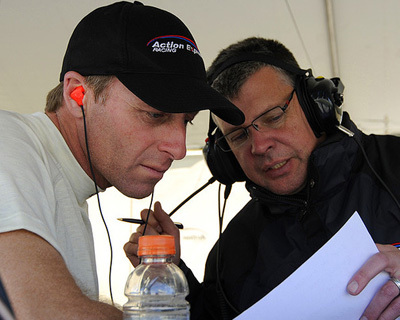 A graduate of the Cranfield Institute of Technology in Bedford, England, Watt gained his first open-wheel racing experience with Lola Cars Ltd., where he worked between 1994 and 1996 as Design Engineer for the Indy car project and served as race engineer with a number of teams during the season.

Watt then grasped an opportunity to move to the United States with Precision Preparation, Inc. (PPI). He worked as track and in-house chief engineer for the team’s Champ Car program, overseeing da Matta’s first victory at Chicago Motor Speedway in 2000. After successful spells also with Team Green and Mo Nunn Racing, Watt joined Cheever Racing in 2004 taking engineering responsibility for both the team’s IRL program and, in 2007, a redesign of the Fabcar sports car chassis.

Watt continued to broaden his experience by switching to NASCAR, where he worked as Performance Engineer for Gillett Evernham Motorsports and Richard Petty Motorsports for three years. He’s now back in the sports car ranks with Action Express Racing where he has played a key role in helping the team return to Victory Lane. Watt, who has enjoyed success in a broad spectrum of motorsports is now accepting questions as the latest SAFEisFAST Online Engineering Instructor. His answers will be posted beginning Monday, February 24.

Young UK racing driver Alex Sedgwick has won the SAFEisFAST.com Stilo Helmet competition. The 15-year-old successfully answered five questions relating to motor sport safety and his name was drawn out of a hat to win the helmet worth over $5,000. 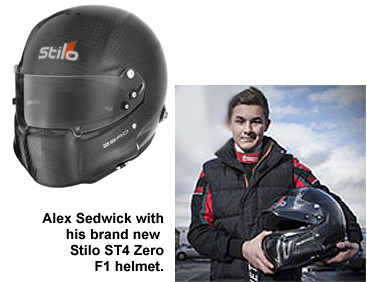 The competition was inundated with entries, particularly from young drivers looking to start or develop their racing careers. To successfully answer, participants needed knowledge not just of helmet technology but also other safety equipment and general medical knowledge. Correct answers were received from all over the world to win the Stilo ST4 Zero, the lightest F1-approved Moto Central Selection of Helmets available.

Competition winner Sedgwick has over five years experience in karting and is now making the step up to car racing. The youngster was recently crowned the Ginetta Junior Scholarship winner, securing a fully-funded season in the 2014 Ginetta Junior Championship, a support category of the British Touring Car Championship.

Sedgwick said: “The helmet is amazing and it is fantastic to win this great prize. The SAFEisFAST website has been a great source of information to help me move from karting to cars. I would recommend it to any driver.”

Bobby Rahal, Road Racing Drivers Club president, said: “The Stilo Helmet competition was a great success, not only in terms of entries but also in getting young racing drivers to engage with motor sport safety. The ST4 Zero is one of the best helmets on the market and I am sure it will be of great benefit to Alex in his early career.” 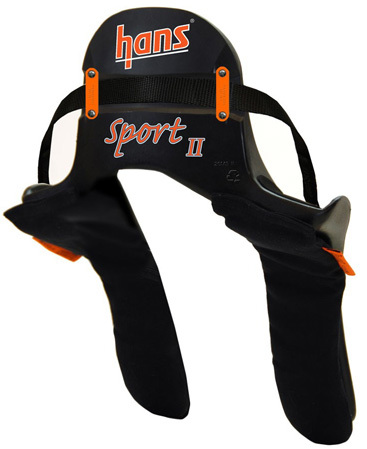 SAFEisFAST is a free online resource also offering video tutorials on safety, fitness, mental skills, race craft, career development, sponsorship, marketing and more to assist the careers of drivers in all forms of racing. The website was created by the Road Racing Drivers Club led by president Bobby Rahal in conjunction with the FIA Institute.

Since its launch, there have been over 525,000 views of the online tutorials from visitors representing more than 160 countries. The videos also have been made available to a wider global audience with the inclusion of closed-captions in 71 different languages.