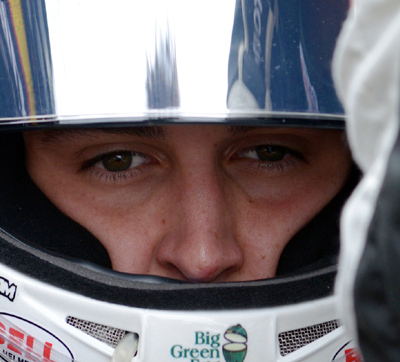 So far, Graham has tackled such topics as attracting sponsors, street courses vs. ovals, starting with karting, age as a limiting factor and dealing with adversity.

On a personal level, Rahal addressed what he felt were his strengths as a driver, what was the best advice he received from his father and grandfather, who were his heroes coming up and who does he most admire today, did he ever consider F1 and what about Haas F1, which of the ladder series was most valuable to him, what he would be doing had not chosen to be a racer and what was his favorite car. He’s still at it, so check it out.

The Verizon IndyCar Series star was a natural for the “Ask A Pro” duties. Aspiring race drivers and serious fans alike would be hard-pressed to come up with a racing topic the 25-year-old Ohioan can’t tackle from personal experience.

Eleven years ago at age 14, Rahal (son of three-time IndyCar Series champion, 1986 Indianapolis 500 winner and RRDC President Bobby Rahal) jumped from shifter karts into the fledgling Formula BMW series. In 2005, he accelerated onto what is now the Mazda Road to Indy, rocketing through the ranks before making his IndyCar debut while still a high school student in 2007. A little over one year later, in April 2008, age 19 plus 93 days, Rahal won the Honda GP of St. Petersburg. 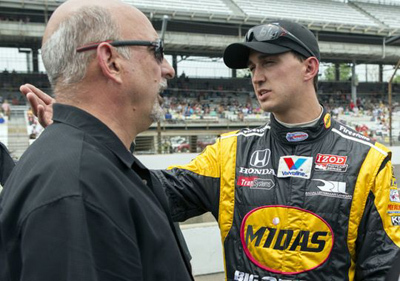 The youngest ever IndyCar winner suddenly was an established star. Rahal, who is now regarded as one of America’s most seasoned and knowledgeable racers after achieving success also in sports cars, winning the 2011 Rolex 24 At Daytona, is excited about “giving back” as a SAFEisFAST.com Online Instructor:

“I was exposed to a lot growing up around racing,” Rahal says. “But I know most people don’t have that advantage – don’t have parents who can give them advice on how to go racing, PR, media and all that leads to success in this sport. “There’s a lot of great advice [on SAFEisFAST.com] for kids around the world – some help along the way that many of them never had before. Looking at the list of drivers who have done this, I have some big shoes to fill, but I’m excited to be a part of it. ‘Ask A Pro’ is a great thing, a great tool for kids in motorsport.”