John Bishop, perhaps the most influential person in the history of American professional road racing, passed away Thursday in San Rafael, Calif., of complications from a recent illness. 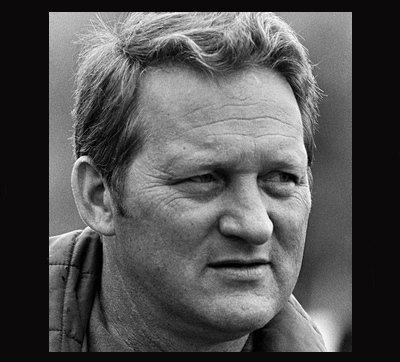 Bishop was, in the most complimentary sense, an egregious opportunist – a visionary who could spot marketable trends and formulate the pathways to successful products. His products were professional road racing series. The New England native discovered road racing at Watkins Glen in the early 1950s and soon took a job in Westport, Conn., with the Sports Car Club of America’s Contest Board to develop technical criteria for professional road racing – a concept that was as much despised as loved in those days when the wealthy amateur racer dominated the sport.

John Bishop did his pro racing due diligence early. Here he picks the great Walt Hansgen’s brain at Watkins Glen in 1959.

While establishing his credentials as a practical organizer, Bishop managed to stay on the right side of SCCA’s internal politics long enough to be appointed executive director in 1958, tasked with giving a federal structure to the club’s confederation of local regions. Bishop now had the clout to seriously pursue Pro Racing, the job he’d come on board for originally. In 1962, the SCCA managed the World Championship of Makes for its four races in the U.S., giving Bishop hands-on experience with the world’s car manufacturers and top professional drivers.

During his watch, four bellweather professional series were launched – the United States Road Racing Championship for Group 7 sports cars, the Can-Am, the Trans-Am and Formula 5000. He led the way for Club Racing class reconstruction with cars now classified on the basis of performance rather than simply engine displacement which led to the launching of the National Championship Runoffs – the perpetual mainstay of SCCA Club Racing.

But change – even change for the better – always has its detractors. Bishop’s way of guarding his litter like a mother lion made him enemies. In early ’69 under smothering pressure, he resigned his leadership position with the SCCA and shortly received a cold call from Bill France, Sr. Seems NASCAR’s founder wanted a professional-only road racing sanctioning body to establish a toe-hold in that form of racing and perhaps to run his 24 Hours of Daytona. After a lot of discussion and, according to Bishop, more than a few rounds of scotch, the deal was done. John and Peggy Bishop would own and operate the International Motor Sports Association. “Peggy and I didn’t know what we were getting ourselves into,” Bishop recently reflected. 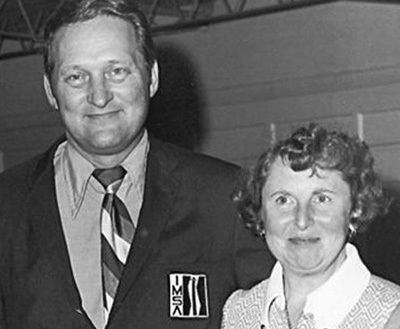 Bishop with wife Peggy launched arguably the strongest American road racing series in 1969 with the help of Bill France, Sr.

IMSA started as a beginner pro series featuring pony cars, lightly modified sedans and small open-wheeled racers. In a few short years, the sanctioning body was fully established with a growing international reputation. By the mid-’80s, IMSA was on an equal footing with the FIA and the ACO. That era was led by IMSA’s GTP category, featuring some of the most awe-inspiring prototypes ever built. John Bishop had gone from a promising executive at the SCCA to one of the world’s motorsports kingpins.

Factory prototypes like this GTP Nissan were the premier category in sports car racing in the 1980s and early ’90s.

RRDC President Bobby Rahal told RACER.com how he developed his credentials racing in IMSA: “When I came back from racing in Europe, I did a lot of sports car racing before my Indy car career took off and its where, frankly, I really had a chance to show what I could do against some of the biggest names of the day,” said Rahal, who scored six IMSA wins, including the 24 Hours of Daytona and 12 Hours of Sebring, from 1981 to 1988. “John was a guy who, from the first day I met him as a driver, he and Peggy welcomed you like family. They ran a tight ship, but it was really like you were a member of the Bishop family. He was one of the good guys – one of the last ones left who were there from the 1960s who built the foundation we stand on today.

“What I respected about John,” Rahal continued, “is you never heard any criticism or sniping about him. He could discipline folks quietly. It was never mean-spirited, and he always did what was best for racing. And when he said something, people went along with it. I don’t recall a single person denigrating him because there was such respect for him and the organization he created.” 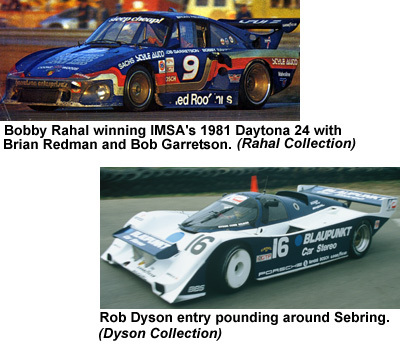 Bobby Rahal and Rob Dyson were great friends of IMSA.

RRDC member Rob Dyson told RACER.com: “John had a vision of IMSA that took the best of international sportscar regulations and optimized them for the spectacle and for the fan experience. It was for this reason that IMSA set the bar for worldwide sports car racing in the ’80s and early ’90s.”

And he went out on top, selling his interest in IMSA in 1989 due in part of health issues. Since, he has served as a commissioner of the Grand-Am Road Racing Series.
Earlier this year, Bishop was chosen for membership in the Motorsports Hall of Fame of America in Detroit and will be inducted posthumously in August.

He is survived by his son Mitch, daughter-in-law Julia, four granddaughters, brother Peter Bishop and sister Ruth Rodger. He was preceded in death by his beloved wife Peggy last August and sons Mark and Marshall. The family asks that donations in Bishop’s honor be made to the International Motor Racing Research Center in Watkins Glen, N.Y.

[Special thanks to RACER.com and National Speed Sports News online.]