Ex-Formula One racer Karun Chandhok will be the next Online Driving Instructor for the RRDC’s SAFEisFAST instructional web site. Chandhok will be competing in the 24 Hours of Le Mans this week and will be teamed with Bruno Senna to drive for Mahindra Racing in the new FIA Formula E championship, starting in September. 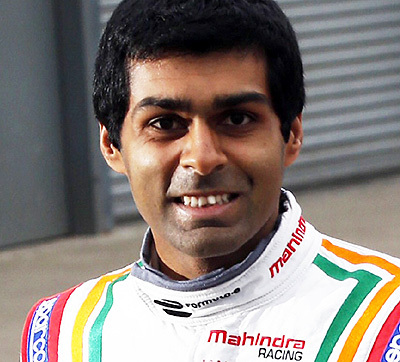 Karun Chandhok waiting for your questions at “Ask a Pro”.

One of only two Indian drivers to compete in Formula One, Chandhok has been a pioneering force in Asian motor sport throughout his career.

He moved to Europe to continue his racing education by competing in the British Formula Three and World Series by Nissan championships. He gained a reputation as a mature driver and highlighted this by claiming the inaugural Formula Asia V6 by Renault title in 2006, winning seven of the 12 races.

His progress up the motor sport ladder continued and he spent three successful years in GP2, winning two races. He became the second ever Indian Formula One driver, after Narain Karthikeyan, as he competed for the Hispania Racing Team in 2010. He became Test Driver for Team Lotus in 2011 where he demonstrated his impressive motor sport knowledge with commentary appearances for British broadcasters.

Chandhok in the HRT at Barcelona in 2010.

He has contributed for various publications, including Autosport and ESPN, becoming a respected analyst as he continues to compete in the European Le Mans Series and gets ready to race in the first ever Formula E season.

Young drivers and fans can pose questions to Chandhok on any subject from career development and technical skill to marketing and race craft. Submit your questions here.