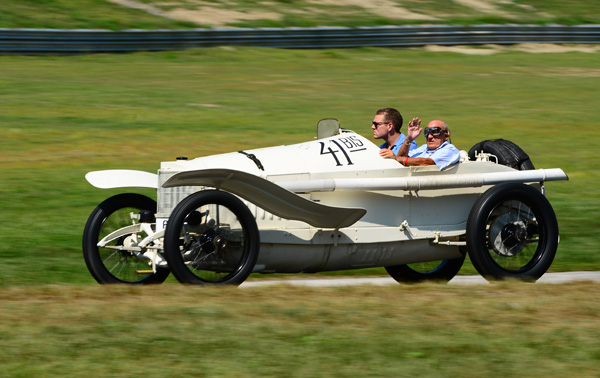 The RRDC held its annual informal lunch gathering at Lime Rock Park, Conn., during the very popular Historic Festival 33. The luncheon is held on Sunday, when there is no racing taking place. Instead, Sunday in the Park is held on the actual race track, displaying a variety of exotic and not-so-exotic collector cars. It’s a happening, with fabulous cars lining the circuit from start to finish.

The weather was hot, and the newly-paved paddock area was the talk of the day, not to mention the Concours D’Elegance winners, such as the Best of Show, a 1930 Mercedes-Benz SSK “Count Trossi,” courtesy of the Ralph Lauren collection.

Other winners included a 1937 Chrysler Imperial C-15 LeBaron Town Car, a 1958 Goggomobil TS 400, which had been raced by Walter Cronkite, and numerous other classic cars claiming class trophy honors. 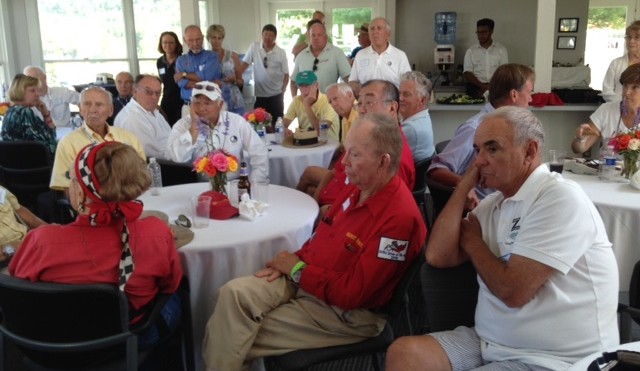 No, they are not bored. they are intently listening to Mass and Moss relate tales. Sorry we didn’t catch them applauding or smiling.

Moss and Mass, with their wives Susie and Betina, respectively, entertained the group with a spirited question-and-answer session, on subjects ranging from dramas from their championship days to what current series they would like to drive in. Moss’ answer was IndyCars, “but not the ovals.”

The casual camaraderie among the members and their guests in air-conditioned quarters resulted in an enjoyable day. Thanks to Skip Barber, Murray Smith, Fred Jackson and the Lime Rock staff for helping make this happen. 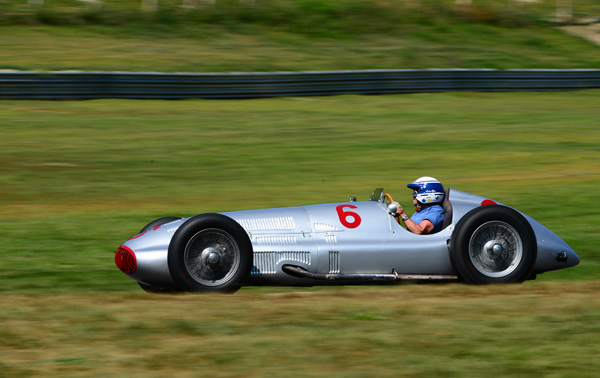 Several members raced their vintage cars on Saturday and Monday. Go to race-monitor.com for racing results. Stirling Moss was riding mechanic in the Revs Institute 1914 Mercedes GP car, and Jochen Mass drove the 1939 W154, also owed by the Revs Institute.