RRDC at the SCCA Runoffs

The annual RRDC dinner at the SCCA National Runoffs was held on Sept. 21 in Daytona, Fla.  About 40 RRDC members and guests met at Carrabba’s across from the Daytona International Speedway on Monday night for dinner and a gathering.

This annual gathering provides RRDC members attending the Runoffs a chance to meet and greet early in the week, before most get consumed by the racing or other responsibilities.

Thanks to a reminder from Judy Stropus, we had the RRDC banners in place. They provided a challenge to the group – in particular, identifying Derek Bell in the the Mirage M6 at the 1973 Daytona 24 Hours. The group was able to identify the remainder of drivers, cars, and race tracks. J.J. O’Malley identified the Bell ride as well as the Mario Andretti Mark IV GT-40 Ford at the 1967 Sebring 12 Hour – aided by wife Suzanne.

Many thanks to Ross and Karen Bremer, who drove down from the Jacksonville (Fla.) area to provide RRDC merchandise order forms, as well as four-inch RRDC decals for the members’ cars entered in the Runoffs. 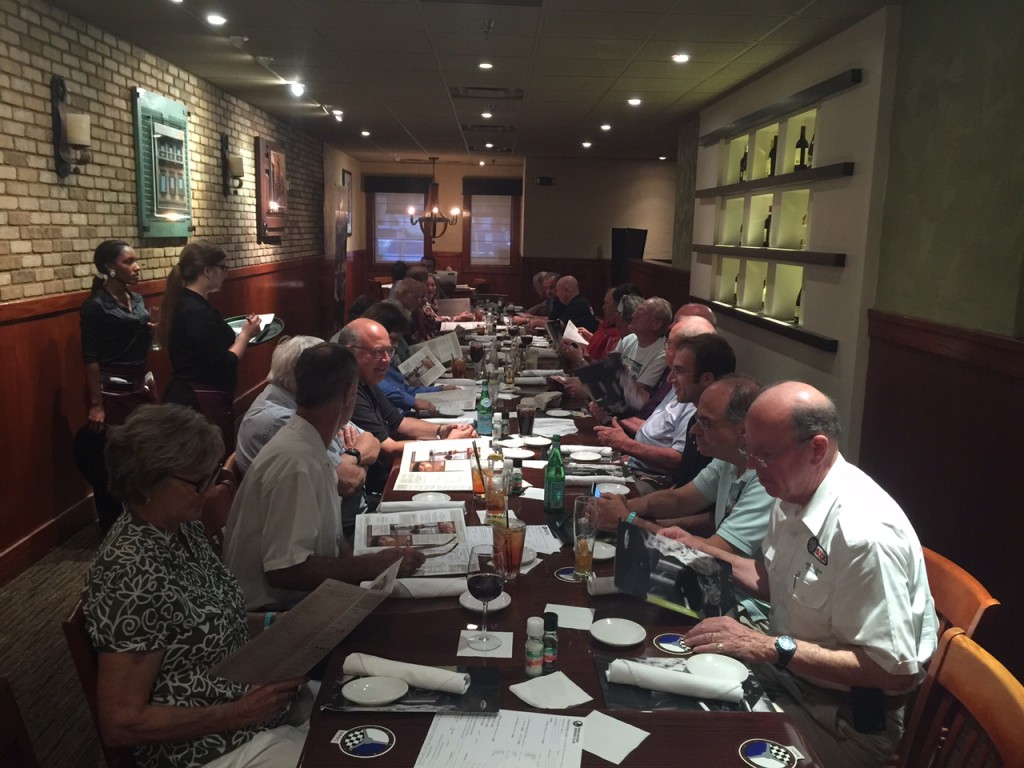 Thanks also to SCCA President and Chief Executive Officer (and RRDC member) Lisa Noble for coming. Eric Prill, SCCA Vice President and Chief Operations Officer, and Deanna Flanagan, SCCA Senior Manager for Club Racing, were also guests for the evening. Thanks to Dennis Dean, Chief Steward for the Runoffs, for an entertaining discussion as well. 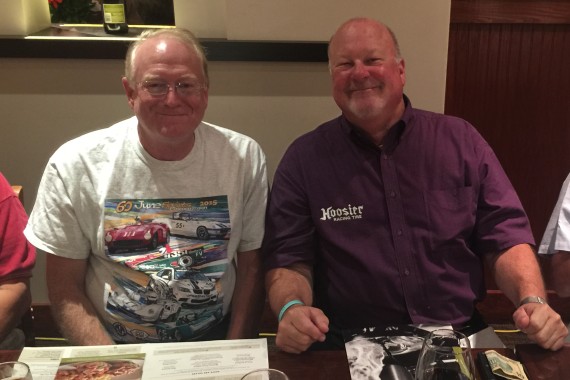 Bruce Foss, representing Hoosier Tire, was there and we need to give particular thanks to Hoosier for again sponsoring the dinner and gathering. Thanks, Hoosier.

For the rest of the week, the RRDC members attending the Runoffs will vote on the recipient of the 45th RRDC Mark Donohue Award, given to a competitor for his/her outstanding performance, competitiveness and sportsmanship during the SCCA National Championship Runoffs. 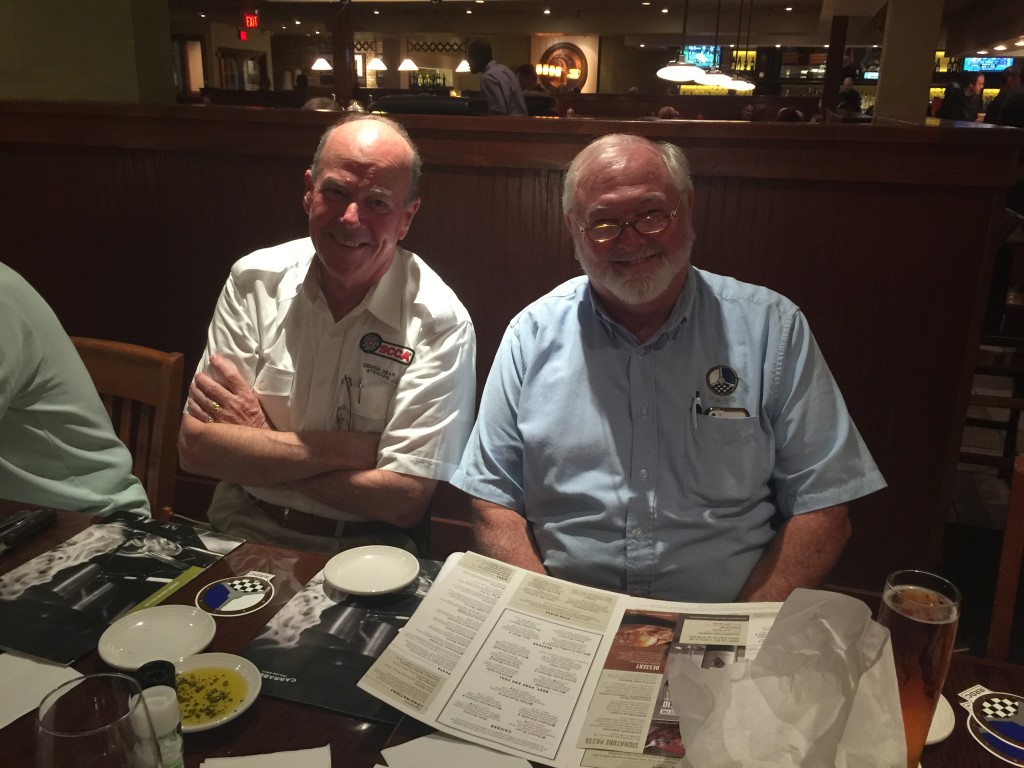