Team USA Scholarship drivers have been making some waves at the British Formula Ford Festival. Here’s a report from driver Michai Stephens:

London, England – The 40th running of the Formula Ford Festival at Brands Hatch proved to be an absolute thriller in every possible way. The field was littered with ruthless and skilled drivers from across the globe. Varying track conditions then added to the intensity and unpredictability of the weekend making for nonstop action through every breathing moment. 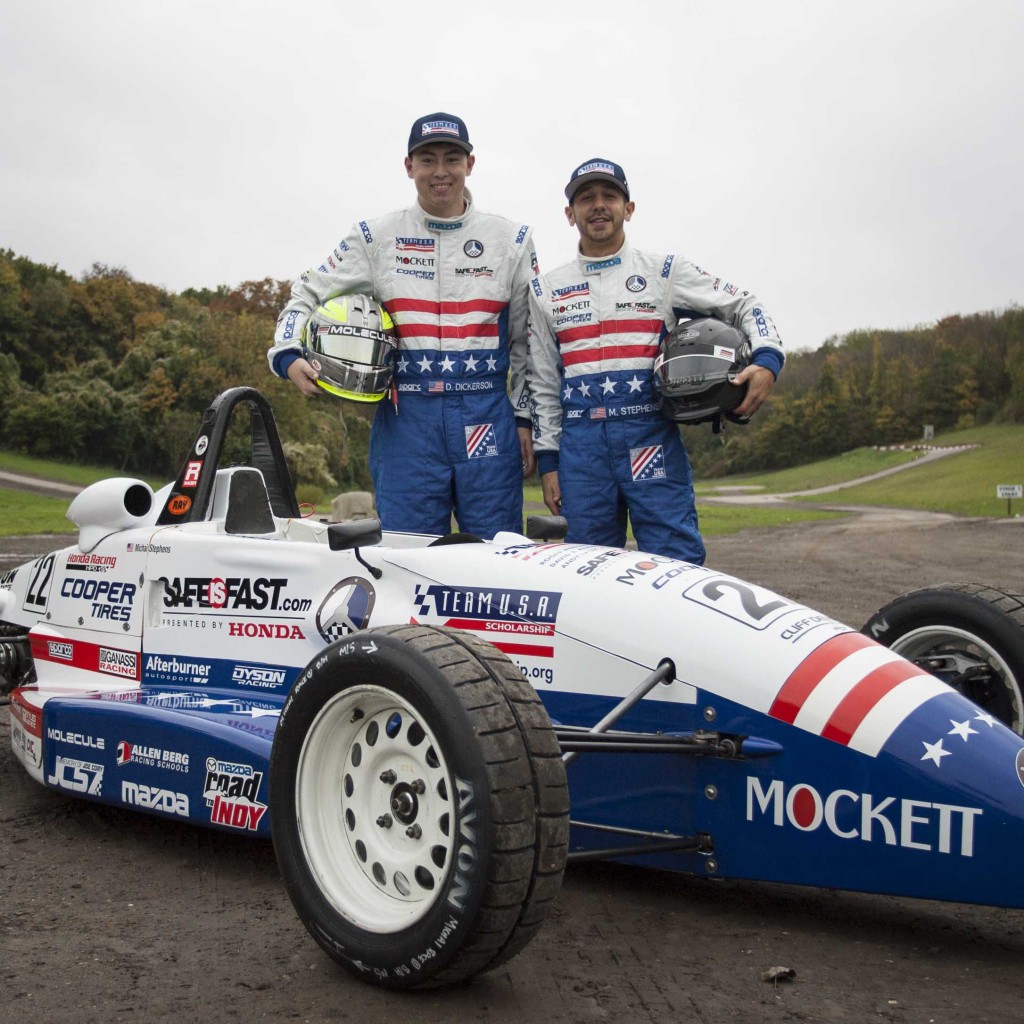 The week started off in similar fashion to last year and had me scratching my head as to why? With testing having gone well leading up to Brands, I might have been a touch optimistic. I began to struggle in the same areas in which I did last year. This was keeping me from obtaining those final few tenths that ultimately separated first through 15th. When it came down to the racing, I was able to secure a decent starting positions which aided in my ability to learn from those ahead. I knew it would be very tough to win the Festival, let alone a heat, but I did hope to improve upon my results from last year of not having finished a single race. So making it through to the grand final was priority number one!

I qualified fifth for my heat race and finished second in tricky conditions. When the skies opened I first thought, ohhh sh@#*t! But the Cliff Dempsey crew helped settle me down by reminding me of our respectable pace in the wet during testing. I dropped the clutch as the four red lights went out and let her rip. Since it was wet, I was holding minimal revs in an attempt to eliminate wheel spin. Having managed to do so almost perfectly, I made a pass for fourth right away and soon moved up into third. From there my objective was to hang with the leaders and bring it home, but with two laps to go I slid into second when the car ahead of me fell off the circuit.

Next up was the Semi Final on Sunday morning. I now found myself sitting on the front row in second, next to fellow Cliff Dempsey driver Michael Adams from Team Canada. Conditions remained damp but were drying quickly. The peaceful and encouragingly clear sight into Paddock Hill Bend (Turn One) was amazing. A small feeling of accomplishment hit me having remembered where I started this race last year! 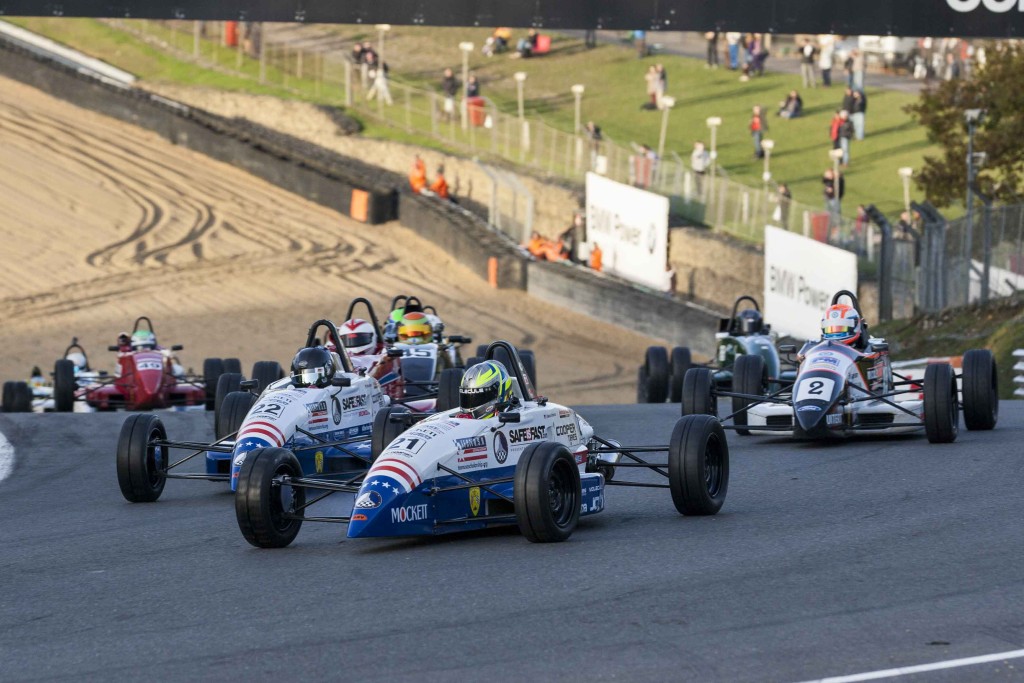 The 30-second board peeped from inside the pit wall and soon was followed by the five-second board. Then the lights began to fade out of sight – what was happening? My excited breathing was fogging the visor – oh no! “Take a deep breath, Michai.” The haze cleared as the four red lights shot on, then vanished into the fading sun. I managed another cracking start and had secured the lead into the first two corners. Exiting Druid’s (Turn Two) and down into Graham Hill Bend (Turn Three) several cars collected each other to bring out a red flag. As we snaked our way back onto the front straight I started heading for pit lane, then immediately realized no one was following me and felt panicked, “what do I do?” From my past experience it was normal to bring the car back into the pits under red-flag conditions. Thankfully, I noticed the marshals poking up onto the front straight. Geeez, was that a close one! Laughing to myself, I popped back in front of the grid and found my original starting position. I was going to have to do it all over again, but felt confident I could. Out came the 30-second board. I reminded myself to breathe. Five-second board, “you got this,” lights on – get ready, GO GO GO! Blasting off the line I was clear of the field by the entry to Paddock! As the volcanic explosion erupted behind me I then noticed something really neat. I was actually leading the race! How cool was that? With massive pressure from behind, I defended for about four laps and would ultimately drop down to third. The race proved to be a tremendous bit of fun and helped remind me why I had worked so hard throughout the year to experience this again.

It was now time for the grand-daddy of the weekend – the 40th running of the Formula Ford Festival at Brands Hatch! I was very pleased to have accomplished my original goal of making it into the Final and now set that aside. I was planning for the unexpected and hoping for the best. Starting ninth behind my teammate Dakota Dickerson out of the 30-car field wasn’t too shabby and kept us in contention. The following 20 laps of racing would prove to be like nothing I had ever experienced – from running with a teammate, to street fighter-type aggression, blown engines and a red-flag restart, the 2015 Formula Ford Festival certainly didn’t disappoint in my book! I would have loved to finish higher than seventh but am comfortable with the reason as to why I didn’t. It was incredible to have felt the emotions you can only experience inside of a racing car – completely disconnected from the outside world, skimming the face of this earth while fighting for inches of asphalt against other noble worriers. Man, what a feeling that is and will always be!

This weekend has brought me back to the place I love. The incredible support I have received the past five months and currently from the racing community has been unbelievable! Having traveled to new places and made new friends along the way has been very cool. The more time I find myself spending in motorsport, the more a place of encouragement and possibility it becomes. I believe this to be a very special world and can’t thank the people who support and live within it enough for accepting me as one of the group.

What a cherished honor this is and will continue to be!