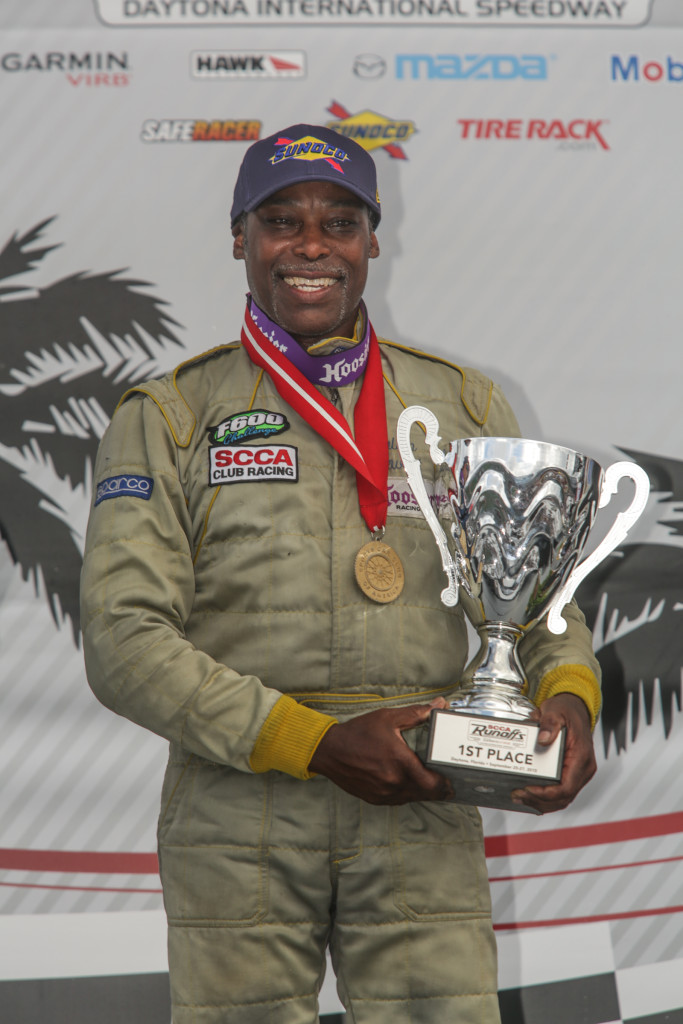 Calvin Stewart, 57, a certified registered nurse/anesthetist from Novi, Mich., is the 45th recipient of the RRDC Mark Donohue Award. This unique award is presented annually by the Road Racing Drivers Club for outstanding performance, competitiveness and sportsmanship during the SCCA National Championship Runoffs. It is voted on by RRDC members attending the Runoffs and viewing them on the TV broadcast.

Stewart was the winner of the Formula 500 class of the 52nd annual SCCA National Championship Runoffs, where the best amateur racers in the country came together to vie for a National Championship crown. This year’s Runoffs were held September 21-27 at the famed Daytona (Fla.) International Speedway, for the first time at that circuit since 1969.

The award is named for RRDC member and former president Mark Donohue, who won his first National Championship in the SCCA E Production class in 1961, and then went on to become one of the U.S.A.’s greatest racing drivers. He won the Indy 500, the Can-Am Championship, three Trans-Am Championships, and the IROC Championship. 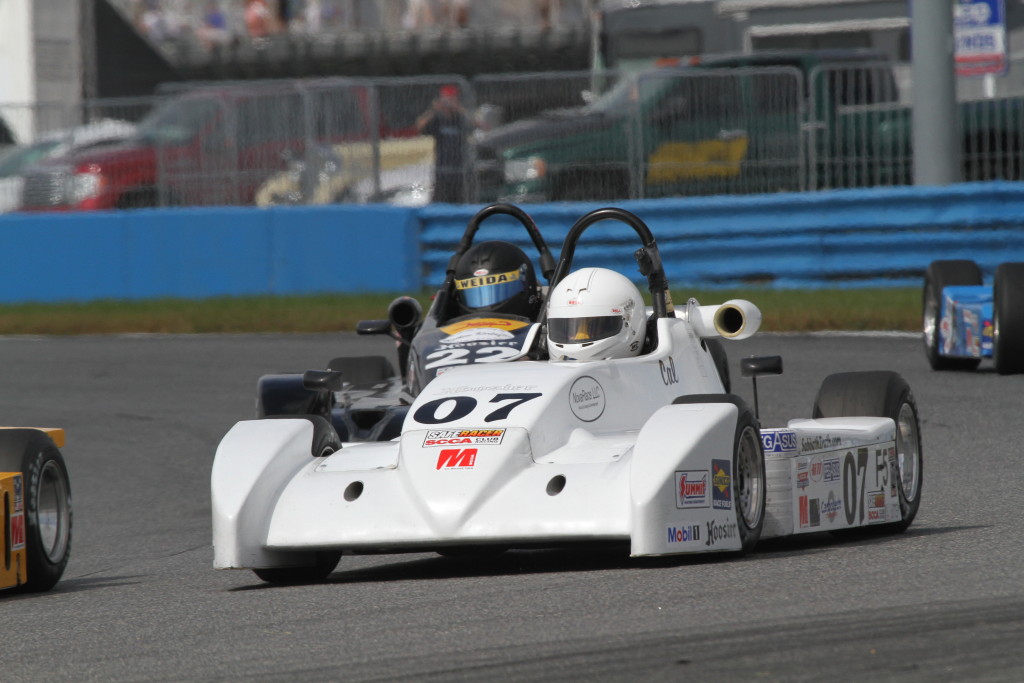 Stewart will be officially presented the award at the annual RRDC members’ dinner at the Rolex 24 At Daytona in January, 2016.

Driving his No. 07 Novarace LLC/Sabbathtruth.com NovaKar Blade F600/Suzuki, Stewart won the highly-competitive Formula 500 class from second place on the grid. In a spirited battle with third-place starter Matthew Strand, Stewart used straight-line speed and savvy strategy to take the victory at the finish line.

Officially, Stewart led every lap at the stripe, but race fans were treated to a contest that had lead changes between the two at least once in every lap of the 14-lap sprint race on the long straight and high banks of the 3.56-mile, 12-turn road/oval circuit.

“We clearly had the straight-line advantage,” said Stewart, who won his first National Championship after five attempts. “We did a very good job of trimming our car out. Jay Novak (former head of Ford’s NASCAR racing program and principal of NovaRace LLC) designed the car using the CFD computer model and we got the lowest drag setup out of the car we possibly could.

“Knowing that, it just didn’t make any sense for me to try and push the infield, so to save my tires I would let him go by me in turn one.

“I knew I’d pass him on the straight, which was the safest and easiest place to pass, so I drove strategically and made sure to stay out of his way so he wouldn’t have an opportunity to make a mistake.

“On one lap I let him stay behind me and he bump-drafted me and touched the back of my car. I didn’t want him to do that, so I made sure in the last few laps I wouldn’t pass him before the ‘bus stop’ turn, then I set up the draft pass at the end. Before the finish line he actually tried to block me going to the line and I faked going to the left, then went high and passed him on the right for the win.”

As for earning the RRDC Mark Donohue Award, “Oh my God,” said Stewart, who began racing go-karts in 1984, then moved into Formula Continental and Formula 500 after eight years and 10 karting championships. “When I was told I was going to win the Mark Donohue Award and that I was even nominated for the award, I was just out of my mind. I said, ‘Are you kidding me?’ That’s like a very prestigious award and I am so honored to even be put in the same sentence with some of the former champions who have won the award. I’m floored, actually.

“To win the award named for an iconic pioneer in this sport is just amazing.”

RRDC president Bobby Rahal, a Runoffs champion (’74 B Sports Racing and ’75 F Atlantic) long before he won the 1986 Indianapolis 500, emphasized the RRDC Mark Donohue Award is “about personal spirit and performance behind the wheel. Those qualities are more important for this award than winning the race.

“The RRDC honors Calvin not only for his outstanding drive to win, but for his ability to use his and his car’s best assets to skillfully, strategically and safely win a championship against other outstanding drivers and cars in the field.”

Every year, the RRDC Mark Donohue trophy is an engraved glass top mounted on a special, racing-experienced wheel, provided by an RRDC member. This year’s wheel was donated by Target Chip Ganassi Racing, off the No. 9 Chevrolet driven by Scott Dixon in the season finale of the 2015 Verizon IndyCar Series. Dixon claimed Target Chip Ganassi’s 100th IndyCar win, his 38th win and his fourth IndyCar Series Championship. Both Ganassi and Dixon are RRDC members.