HAVING YOUR RACECAR SET UP BY MARK DONOHUE

The following is a recollection of a Road Racing Drivers Club Skid Pad Seminar with Mark Donohue and Bill Mitchell on June 17, 1972 – an anecdote from Frank Del Vecchio’s notebook: “Checkered Shorts.”

Location: Someplace in a New Jersey swamp behind a Sunoco refinery where it was more likely to find the remains of some mobster than a perfectly smooth paved circle – the original ‘friction circle’ [Ed. – which Donohue developed to evaluate small changes in racecar set-up.]

Early, very early, about 5 am I got up and looked out at dark clouds and a few sprinkles. Figuring the seminar might be cancelled, I called the Penske shop. Sleepy voice answers the phone and I boom out “This is God, does Roger want me to turn off the rain today?”

“Who is this” from the other end – it was Mark Donohue. Auspicious start.

We were the only racers going not to a seminar but hands on with Mark Donohue personally setting up our race cars, we had the fleet rentals from Flex Fleet ready. Setting up consisted of Mark driving each one of the March’s around this tight circle first in one direction and the other. Bill Mitchell would time these 10-11 second laps after which Mark would look at the times, tire temps/pressures and have us change a sway bar, tire pressure or turn a rod end in/out. No suspension gauges.

During the course of the day, Mark entertained us with stories of wearing out his fellow team Porsche drivers on endless skid pad sessions in Europe. How he could spin the rear tires in top gear with the Can-Am car and that he thought our formula B cars were a better balance of weight, tires and power and got more lateral g’s than his F-I car. 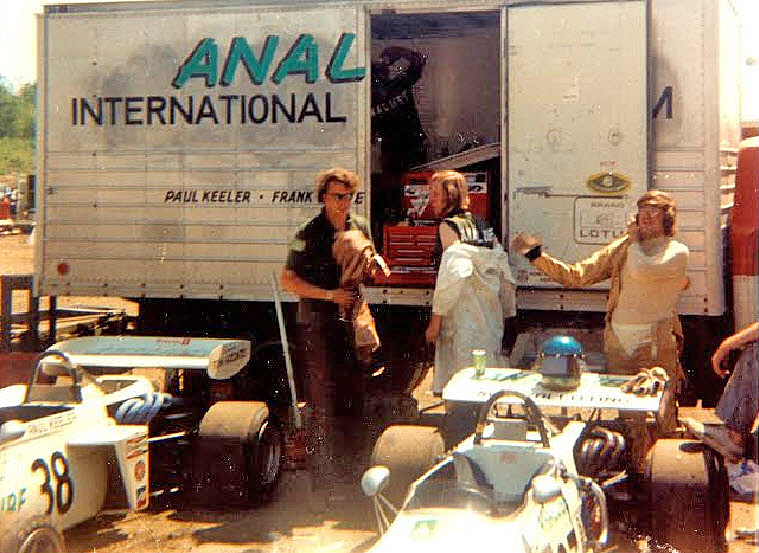 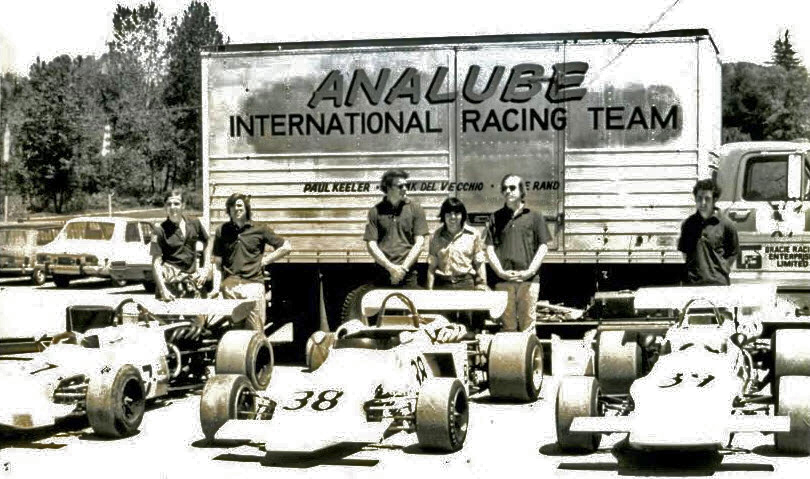