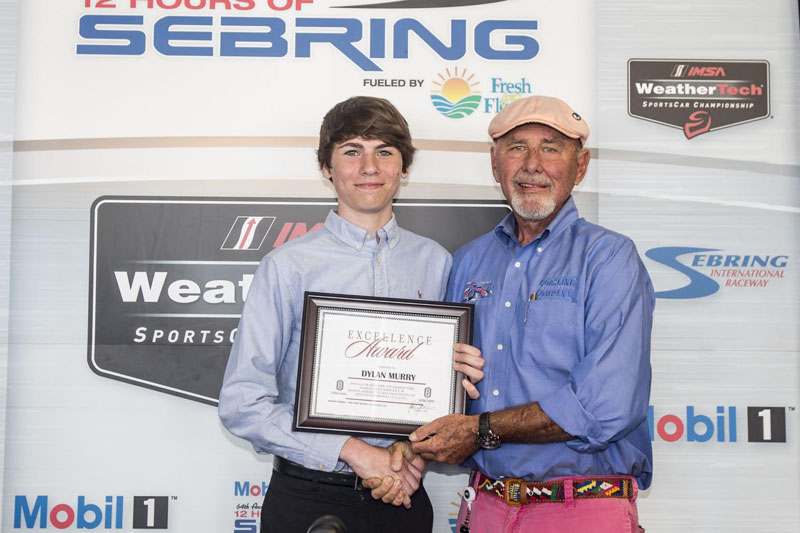 With this scholarship, Murry, 15, will work with Dr. Jacques Dallaire, Director of Performance Prime, on an individually-designed performance-enhancement program, and will benefit from a unique training program at Jim Leo’s PitFit Training – all courtesy of Gorsline Company.

The Gorsline Scholarship is presented by Gorsline Company, of Rochester, N.Y., the leader in high-risk auto insurance. It recognizes aspiring drivers by offering programs with tools that will assist them in developing skills on and off the track to help attain their professional goals.

Two other young drivers were also considered for the Scholarship: Skylar Robinson, 19, of Augusta, Ga., and Kenton Koch, 21, of Glendora, Calif.

Dylan has been racing for eight years and has earned nine championships in Karts and Legends cars, and is currently in the chase for his 10th. He won the 2010 Andretti Pro Cup Karting title, the 2012 and 2013 GSKA and Southeastern divisional championships, the 2011 and 2013 (in two classes) World Karting Association national championships, and the 2014-15 Legends Atlanta Motor Speedway Championship. He is the son of David Murry, Firestone Firehawk, World Challenge Series’, and Sports Renault champion, who drives a Porsche in the 2016 IMSA Continental Tire ST Series. Dylan raced in the 2015 Legends Series, including “Thursday Thunder” at Atlanta Motor Speedway, and earned a test in Spraker Racing’s Late Model car.

“At such a young age, Murry is already an accomplished racer,” said Gorsline, principal of Gorsline Company. “All three of the candidates for the 22nd Gorsline Scholarship are worthy recipients. It was a tough decision, but we selected Dylan. We’re confident he’ll benefit from the performance-enhancement and fitness training programs that Dallaire and Leo will provide as he progresses in his racing career.”

“It feels amazing,” said Murry. “I can’t believe I won it out of all the people who were named as candidates. When I look at the list of previous winners, I can only hope to end up in my career as many of them did. I’d like to thank all my sponsors, and especially Gorsline Company, for all the help they’ve given me, and I’m looking forward to working with Jacques Dallaire and Jim Leo on the programs the Scholarship will provide.”

As for his goals in the future, “I like both oval and road racing, but right now I think I’m pushing towards the Sprint Cup oval series.”

“It’s a father’s dream to hear that Dylan has won the Gorsline Scholarship,” said David Murry. “You look at the long list of names and you wonder, is it a prediction from John as to who’s going to be the future stars or is it the result of that. I think it’s a little bit of both. John’s done a lot for this sport and we’re really happy to be part of this. And for Dylan to be named among stars like Ricky Stenhouse Jr. to Pat Long — you can’t stop; the list is so long – it’s really impressive and we’re honored to be a part of it.”

Previous recipients of the Gorsline Scholarship are:

About Gorsline Company – Gorsline Company, headquartered in Rochester, N.Y., pioneered the business of providing insurance for high-risk professionals in the U.S. The company specializes in creative, custom-designed

insurance packages and estate planning strategies for racing drivers and team owners. In addition to insuring top racing drivers in all U.S. racing series for over 45 years, the company has been instrumental in structuring successful Performance Bonus Packages for teams, tracks and series. Dedicated to the motorsports community, Gorsline Company has awarded the Gorsline Company scholarship since 1994 to talented up-and coming drivers, as well as the Walter Mitty Award to the vintage driver who demonstrates the sportsmanship of the committed “gentleman vintage driver.” Gorsline Company also supports the Bob Snodgrass Award, given to the WeatherTech United SportsCar Racing Championship team owner and/or manager who shares the professionalism and dedication of the late Bob Snodgrass. Company principal John Gorsline, who races vintage cars as a hobby, has also been mentioned in articles in the New York Times, USA Today, Wall Street Journal, and numerous motorsports publications. He is a member of the Road Racing Drivers Club, the Automobile Club of Monaco, the Automobile Club de l’Ouest, and the Goodwood Road Racing Club. 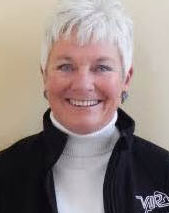 by VirginiaBusiness.com. As majority owner and CEO of Virginia International Raceway, Nyholm continues to develop the 1,370 acre property which she reopened in 2000, featuring one of the world’s most challenging road courses.

Under Nyholm’s steady hand, VIR has become a year-around operation, welcoming half a million guests annually. “The most challenging part about my job is gaining VIR the recognition it deserves as a driving economic force, especially in the Southern Virginia region,” she says.

VIR is serious business, and Nyholm has been recognized by the business community for her contribution to Virginia’s economy. 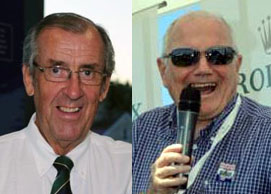 Joining Hobbs on stage will be noted motorsports historian Murray Smith, who is sure to bring out some of the best — and maybe unintended — stories about Hobbs’ travels and experiences.