AUGIE PABST: BEHIND THE WHEEL

“Augie Pabst: Behind the Wheel” is now available for order! Orders from the UK and Europe will ship immediately. U.S. orders will ship after April 15th, as will orders from the rest of the world. Augie has signed 400 copies which are only available directly from the publisher – Dalton Watson Fine Books.

Check out Tommy Archer’s Facebook page. He’s well into doing snippets on 60 cars that he’s driven or worked on. Scroll down to pick up the early ones. It’s a hoot of a read, with stuff like the 2”x6” combo front bumper/spoiler on a Renault Gordini ice racer which, by the by, won a championship. “It was cheap and it fit into the budget! We got really good at doing a lot with little,” said the Duluth racer.

King of the Barn Finds – Tom Cotter – is traveling the country in search of rusty jewels. Check out the first episode in his hagerty.com series, this one in and around Savannah, Georgia. Cotter has found a niche as a hunter of abandoned, unwanted vehicles that were super cool in their day.

Mark Dill has posted an excellent biographical sketch on racer.com of our man Bill Warner who has just wrapped up the 21st Amelia Island Concours d’Elegance. The article features Warner’s history as a racing nut and photographer d’elegance. It’s a good read. 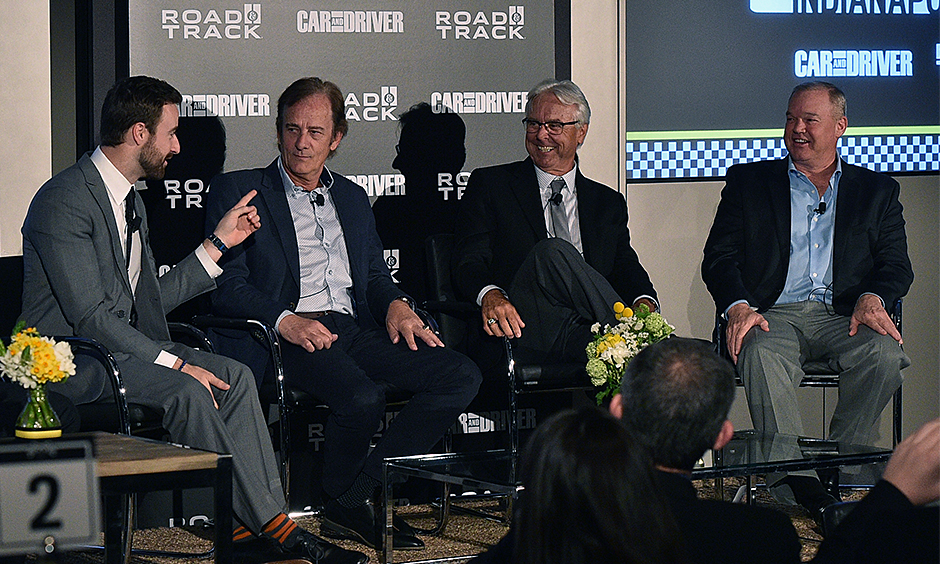 “A Celebration of the 100th Running of the Indianapolis 500,” held at the Hearst Tower in Manhattan, ran in conjunction with the New York International Auto Show. Joining Hinchcliffe, driver of the No. 5 Arrow Schmidt Peterson Motorsports Honda, were four-time Indy 500 winner Rick Mears and two-time 500 winners Al Unser Jr. and Arie Luyendyk, Sr.

The foursome relayed a range of quips and serious stories covering their racing exploits and memories. Check it out.

Vingage Motorsports Newsletter reports that filmmaker Derek Dodge is well into the making of a film on the lives of Peter Gregg and Hurley Haywood, both as racers and as individuals. It’s a compelling story. Dodge is still in search of archival footage of their races. Help him out. 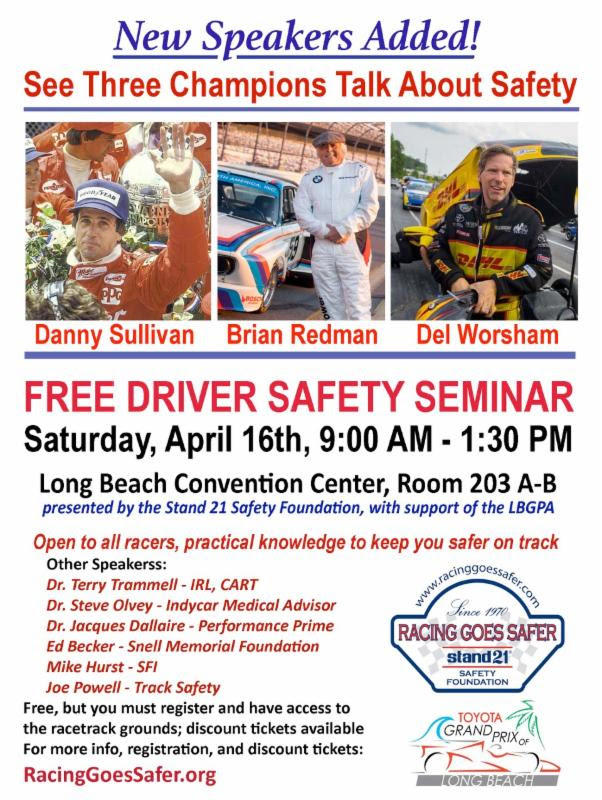 A number of RRDC members will be among the presenters at a Free Driver Safety Seminar at the Long Beach Convention Center, Saturday, April 16 presented by the Stand 21 Safety Foundation in conjunction with the Grand Prix of Long Beach. Register at RacingGoesSafer.com.