AMERICAN HONDA ON BOARD FOR LONG BEACH “EVENING…”

“American Honda is profoundly pleased to support the Road Racing Drivers Club in its salute to George Follmer,” said John Mendel, Executive Vice President, Automobile Division, American Honda Motor Co., Inc. “Follmer is one of the ‘unsung heroes’ of the sport we all love. Throughout a career that 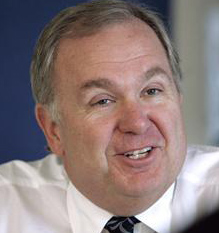 extended over three decades, Follmer was a ‘go to’ guy for any team owner who needed results, and needed them immediately. From starring in both Trans-Am and Can-Am in their heyday in the 1970s, to finishing on the podium in Formula One as a ‘rookie’ at age 39, George Follmer was the standard by which other drivers judged themselves.”

“The members of the RRDC are honored to have American Honda return for the seventh straight year to host the reception at this year’s RRDC Evening with George Follmer,” said RRDC president Bobby Rahal. “Honda’s presence and record in North American racing competition is remarkable, and we’re proud to have Honda and Honda Performance Development join us in celebrating George Follmer’s unparalleled contributions to the sport.”

George Follmer’s reputation as a driver who “could drive the wheels off anything” is well-deserved and respected. He’s raced in Can-Am, Trans-Am, World Endurance, IndyCar, NASCAR, Formula One and IMSA, claiming the 1965 SCCA United States Road Racing Championship, as well as the above-mentioned 1972 Can-Am and Trans-Am titles. He again earned the Trans-Am crown in 1976.

Follmer’s first Formula One start in 1973 resulted in a sixth-place finish for the UOP Shadow team at the South African Grand Prix, followed by a third at the Spanish Grand Prix. He also placed second in both Can-Am and IROC that year.

The dinner’s proceeds will help support the RRDC’s young driver initiatives, including its groundbreaking www.SAFEisFAST.com presented by Honda program and the Team USA Scholarship, which the RRDC has backed since 1997. Previous banquets have honored Dan Gurney, Parnelli Jones, Roger Penske, Jim Hall, Brian Redman, Mario Andretti and Bobby Unser, drawing fans and luminaries from all forms of motorsports.

The RRDC Evening with George Follmer presented by Firestone will be held on Thursday, April 14, at the Hilton Hotel, 701 West Ocean Blvd, Long Beach, Calif., with cocktails at 6 p.m., and dinner at 7:15 p.m. Tickets are $200 per person ($175 for RRDC members) if purchased in advance, and space is limited. Sponsor packages are also available. This event is expected to sell out quickly. All are welcome and early reservations are recommended. Please contact Jeremy Shaw at rrdc2@cox.net.

About American Honda:
American Honda employs nearly 30,000 associates in its sales, R&D and manufacturing operations with total capital investment in North America exceeding $17.2 billion, including $3.8 billion invested in the last four years. Honda operates 17 major manufacturing facilities in North America producing a wide range of automobiles, engines, transmissions, all-terrain vehicles, scanners which here is the guide on how to use obd2 scanner, power equipment products and the HondaJet advanced light jet. In 2015, more than 99 percent of the Honda and Acura automobiles sold in the U.S. were produced in North America.

Honda also operates 16 major research and development centers in the U.S. with the capacity to fully design, develop and engineer many of the products Honda produces in North America. The company’s twelfth and newest U.S. auto assembly plant, the Performance Manufacturing Center, in Marysville, Ohio, produces the Acura NSX, the only supercar produced in America.

About Honda Performance Development:
HPD was founded in 1993 to spearhead Honda’s entry into Indy car racing. No other manufacturer has matched Honda’s success in Indy cars, which includes 217 race victories, 15 drivers’ championships, six competitive manufacturers’ championships and 10 Indianapolis 500 victories since 2004, including the 2014 event won by Ryan Hunter-Reay of Andretti Autosport.

HPD and Honda have a history of success in the classic endurance sports car races, including a pair of LMP2 wins and a privateer LMP1 victory at the 24 Hours of Le Mans since 2010; as well as multiple American Le Mans Series championships and five LMP2 class victories at the 12 Hours of Sebring since 2007. HPD’s Honda engines have recorded 76 race wins at endurance sports car races around the world, the most recent taking place earlier this year as Honda and HPD swept both North American endurance racing classics:  the Rolex 24 at Daytona and the 12 Hours of Sebring.

HPD offers a complete line of race engines for cars from grass roots to pinnacle; for professional, amateur and entry-level racers. For more information about HPD and the company’s racing product lines, please visit http://hpd.honda.com.