LONG BEACH, Calif., April 15, 2016 – On April 14 at the Long Beach Hilton before a capacity crowd of auto racing dignitaries, corporate executives and champion race-car drivers, Can-Am, USRRC and Trans-Am champion George Follmer was honored by the Road Racing Drivers Club at the “RRDC Evening with George Follmer presented by Firestone,” prior to the running of the 42nd Toyota Grand Prix of Long Beach. 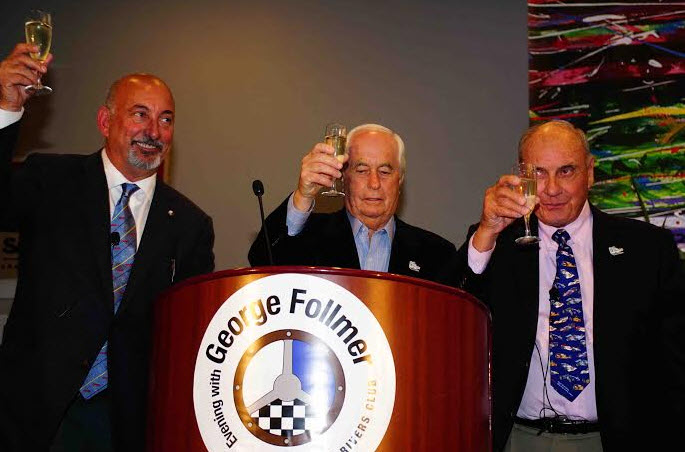 Representatives from the Verizon IndyCar Series, the Indianapolis 500, the IMSA WeatherTech Sports Car Championship, SCCA Pro Racing and the Pirelli World Challenge were also in attendance.

Opening the festivities was a humorous video tribute to Follmer presented by David Hobbs, shown seated at the desk at NBCSports, where he and his co-commentators Leigh Diffey and Steve Matchett cover the broadcasts of the Formula One races from Stamford, Conn. 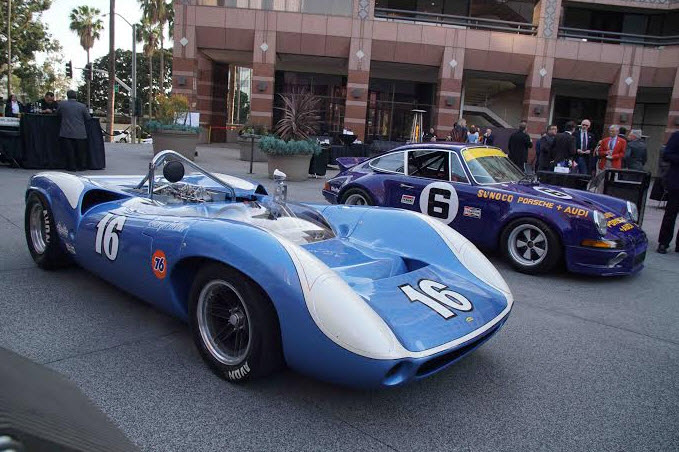 On display in the courtyard during the cocktail reception sponsored by American Honda were the Lola T70 Follmer drove for Mecom Racing in 1966 and ’67, owned by Ben Reiling, and the Porsche 911 RSR he raced in 1973, owned by Al Arciero.

Roger Penske, for whom Follmer drove in the Can-Am and Trans-Am Series in the late ’60s and early ’70s, joined them on stage and reminisced about those glory years.

“It was some kind of racing back then, with Camaros, Mustangs, Barracudas and Firebirds,” said Penske of how Follmer ended up driving for the team in 1972 after primary driver Mark Donohue was hurt in a crash with the 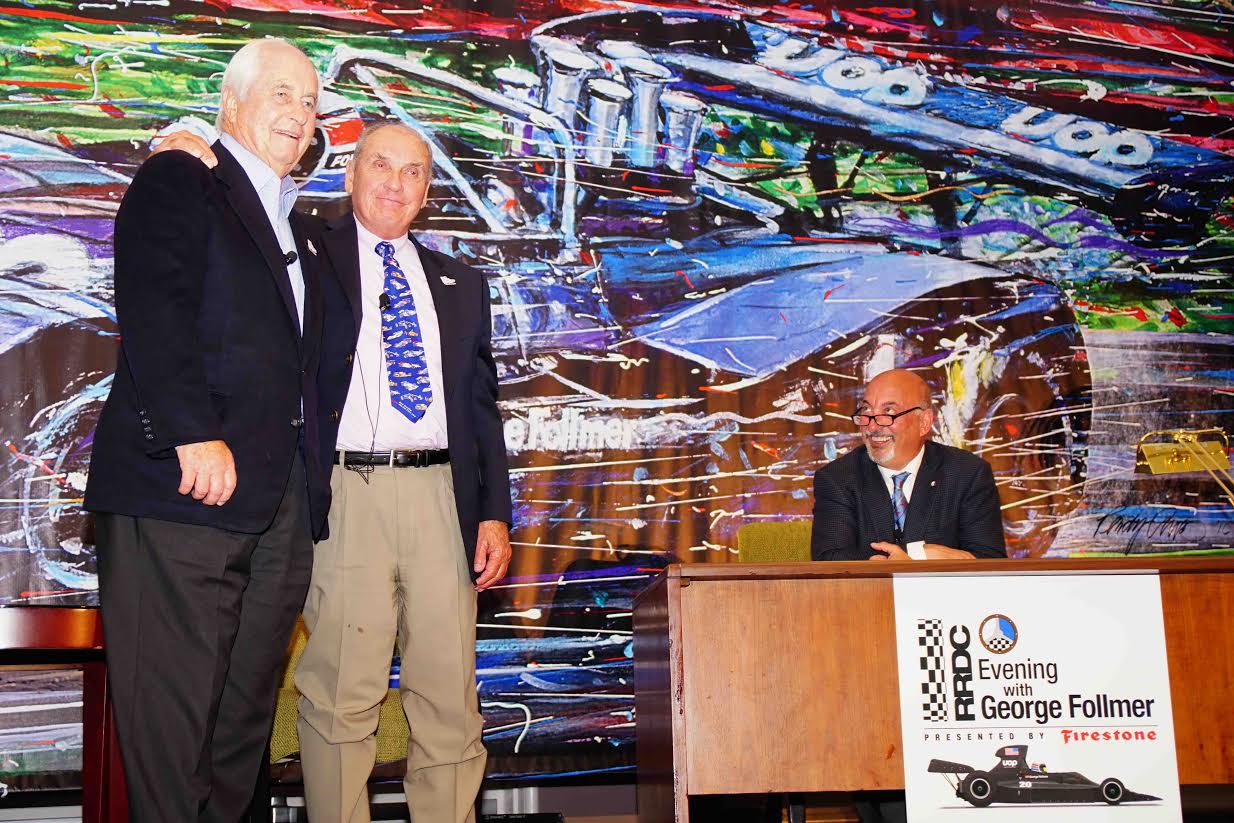 Porsche 917 Can-Am car at Road Atlanta. “George was the ultimate guy, as a teammate with Parnelli Jones. What they did was beat us day in and day out (in Trans-Am). So when Mark got hurt it wasn’t a question of who we wanted [to replace him], it was a question of would George pick up the seat. The championship was at stake and the ability for him to jump in the car and be able to do what he did was amazing.”

Follmer won the Can-Am championship that year for Team Penske, and he and Donohue became fast friends. “It was a friendship and a competitive friendship that started way back in the early ’60s,” said Follmer. “We raced together for years, sometimes as teammates and sometimes as competitors, and yet we were always respectful of each other.

“I think that the drivers who have the most success are the ones who have respect for one another,” added Follmer. “Some guys had a lot of talent but had no respect for anyone else. It catches up with them, because sometimes you need a little help from a teammate or a competitor.” 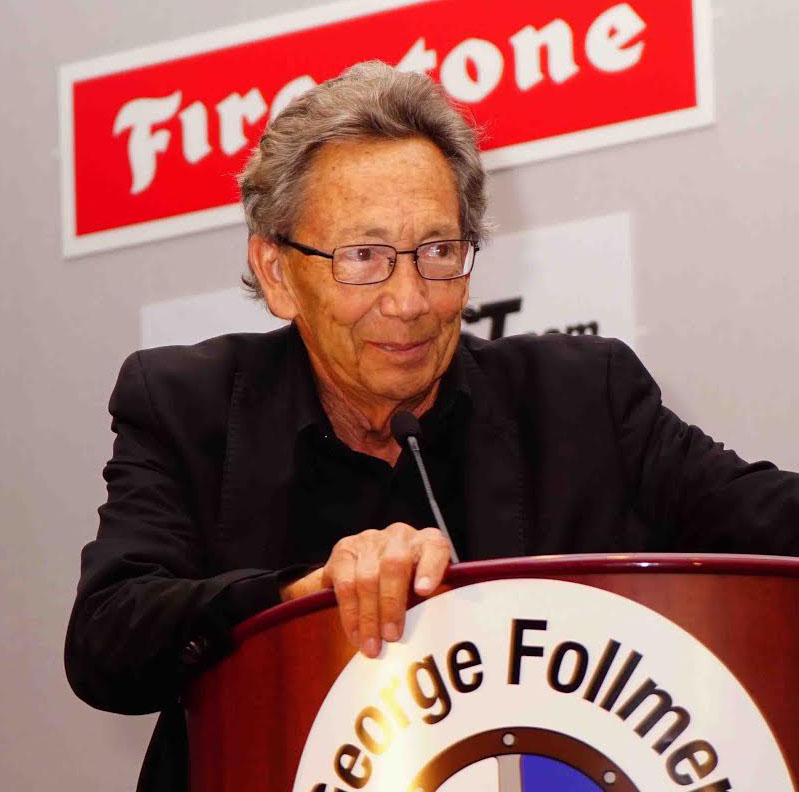 Also invited on stage was Trevor Harris, the innovative creator of the very first AVS Shadow Mark 1, the ultra-radical “Tiny Tire” car that Follmer debuted in 1970. Harris not only explained the reasoning behind the design but also called Follmer the bravest driver he ever met, for his ability to drive “the wheels off” of a car that was notoriously difficult to handle.

The dinner’s proceeds will help support the RRDC’s young driver initiatives, including its groundbreaking SAFEisFAST.com presented by Honda program, and the Team USA Scholarship, which the RRDC has backed since 1997. Team USA is celebrating its 26th anniversary this year.

The first limited edition giclee print by acclaimed artist Randy Owens depicting the UOP Shadow Can-Am car Follmer raced in the early ’70s was presented to Follmer by Owens. Another print of the painting, signed by champion drivers and other racing legends attending the dinner, along with a 25-foot-long backdrop of the painting, were included in a silent auction.

“This is the 64th anniversary of the RRDC,” said Rahal of the 450-member organization that was formed in 1952 to help mentor young race-car drivers and improve racing safety.

“We’re honoring a unique race car driver tonight,” continued Rahal. “He was undisputedly one of the most successful and versatile American drivers of all time. He competed in sports cars, in Indy cars, Formula One, NASCAR, the Can-Am, Trans-Am, IMSA and the FIA World championship, and also in IROC. And he won in virtually every one of those categories.

“In 2012 the RRDC honored George with the Phil Hill Award. He has received many awards in recent years, which he richly deserves. The RRDC is pleased to honor this living legend tonight here in Long Beach.”

“I had a lot of fun,” said Follmer. “I think tonight was enjoyable for the fans who came. We certainly had a large turnout and it was nice to see a lot of these people I haven’t seen for years. I think everybody had a good time. We shared some stories and some stuff they probably never heard before.

“It was a very big night for me and I thank all of you for making it possible.” 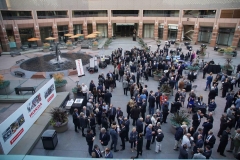 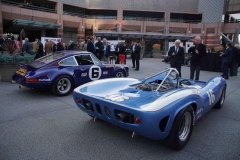 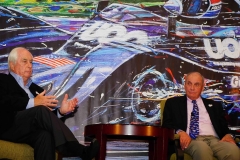 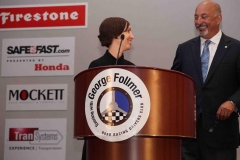 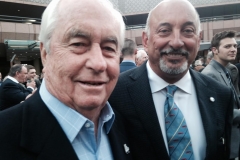 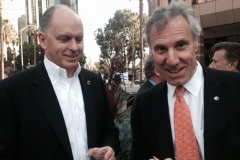 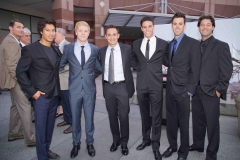 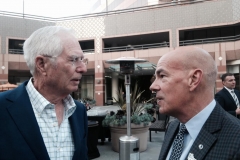 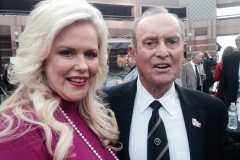 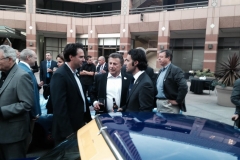 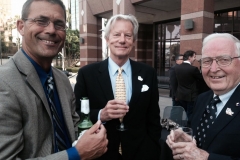 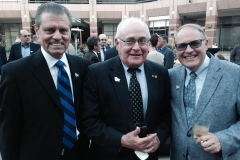 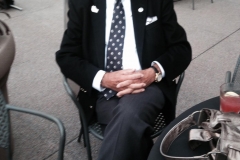