In the midst of his 50th Anniversary year as a team owner, Roger Penske has been chosen to drive the pace car for the 100th running of Indianapolis 500 May 29. The pace car will be a special 50th Anniversary Edition 2017 Camaro SS – completing the trifecta of milestone anniversaries. 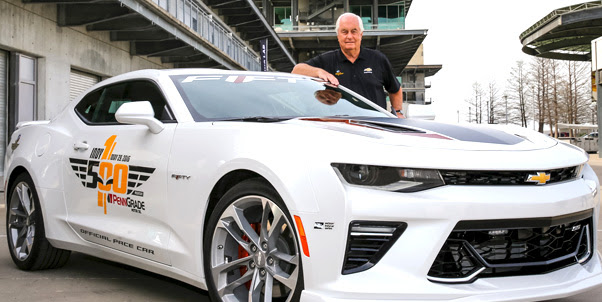 Roger Penske with the 50th Anniversary Edition 2017 Camaro he’ll drive to pace the 100th running of the Indianapolis 500. [Chevrolet image]

It is fitting that Penske is the winningest owner in Indianapolis 500 history with 16 of his drivers gazing fixedly from the Borg-Warner trophy, including defending champion Juan Pablo Montoya. Penske has a long history with Chevrolet, the engine powering his current Verizon IndyCar machines. In 1968, the team captured the SCCA Trans-Am championship with Mark Donohue winning 10 of 13 races in the iconic Sunoco Camaro, creating the legend of “the unfair advantage”. In 1988, Team Penske and Rick Mears gave Chevrolet its first Indianapolis 500 victory.

This is your last chance to purchase signed copies Brian Redman’s memoir Daring Drivers, Deadly Tracks directly from Brian’s site. Later this month, it will be out on Amazon, but the difference to Brian is $35 when ordered directly from him compared to $5 in Amazon royalties. Support our guy now.

An ingenious race car designer, Bob Riley has put his story to paper in “The Art of Race Car Design” available at Amazon. His first notable design work was on the suspension of Ford’s successful LeMans effort in the 1960s. His ingenious center hub mounted suspension was featured on A.J. Foyt’s 1977 Indy 500 winning Coyote – the record fourth victory for Foyt. If race car suspension help is needed, Bob Riley is the first to be called. His engineering work for Richard Childress Racing contributed to Dale Earnhardt’s only Daytona 500 victory. This is a fascinating read.

There are all sorts of fascinating bits of nostalgia on uTube. We just came across this AMC promotional movie on the company’s maiden voyage into motorsports – the 1969 SCCA Trans-Am Series with drivers George Follmer and Peter Revson. The team was fielded by Kaplan Engineering – Ron Kaplan and Jim Jeffords. There are interviews with Follmer and Revson, plus fellow competitors Dan Gurney and Rick Titus. Kaplan and chief mechanic John Martin also talk of the travails of bringing a racing program up to speed for a manufacturer with absolutely no motorsports dna. We’ll try to make these little video finds a regular feature of Member News.

Phil Hill will always be America’s first Formula 1 World Champion – nobody can take that away from him. But his list of accomplishments doesn’t stop there. 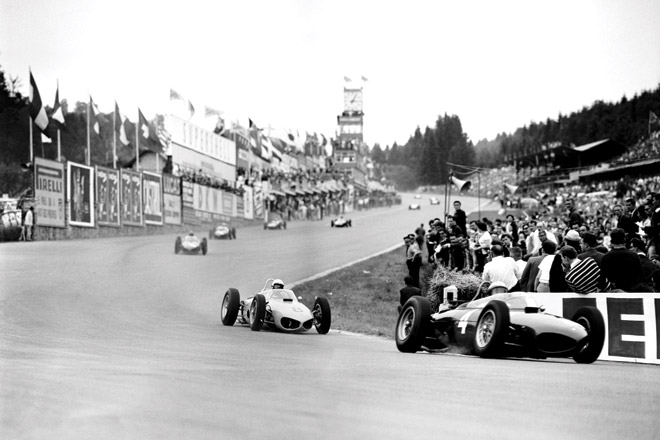 A perfectionist blessed with a photographer’s eye and a piano tuner’s ear, Phil Hill neither broke a bone, nor drew blood during motor racing’s most dangerous and unforgiving age.

This modest man with much to boast about wondered aloud if, “He’d not been trying hard enough.”

Not so. Read more at RACER.com.

MotorSport Magazine will celebrate the induction of its sixth Hall of Fame class on Tuesday May 31 at the Royal Automobile Club, Woodcote Park, Surrey, U.K. The all-day festivities will include a Q&A featuring RRDC members Derek Bell and Tom Kristensen among others. Of the many racing machines on display will be a Brian Redman Lola T70, Sir Stirling Moss’ C-Type Jaguar and John Surtees’ 1956 championship-winning MV Augusta bike. Click here for ticket information.

RRDC members that are candidates for the 2015 HoF class include Bell, Redman, Dan Gurney, A.J. Foyt and Roger Penske.

LINK: GORDON KIRBY’S BLOG – The Way It Is/ The rear engine revolution at Indianapolis

John Dinkel not only helped organize Oscar Kovoleski’s Kidracers program in the Expo Center during the Long Beach Grand Prix weekend, but he snapped a few fun photos of the proceedings. 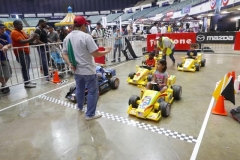 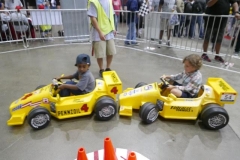 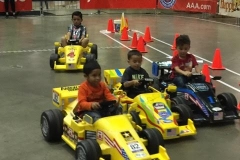 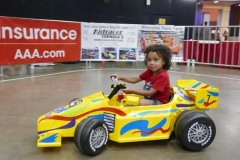 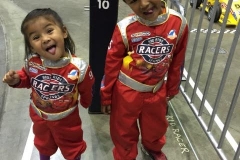 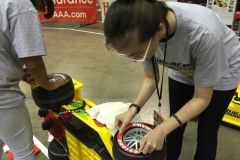 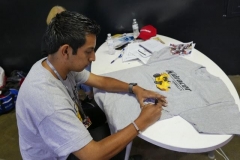 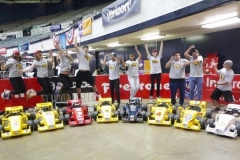 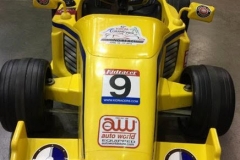