Our members have been particularly prolific producing pages the first half of 2016. The latest from Gordon Kirby will be rolled out at August 6 at the Simeone Foundation Automotive Museum in Philadelphia.

As noted in Vintage Racecar: The Simeone will host a tribute to Penske Racing with Karl Kainhofer and Gordon Kirby, author of the recently released Racemaker Press book Penske’s Maestro about Kainhofer’s time with the team, as well as many other members from the team’s history.

Kainhofer and Kirby will discuss his adventures, and his team members will join in to illuminate one of the most exciting eras of automobile racing in America. A book signing will follow the event, and attendees may also purchase commemorative posters for autographing.

Also on hand will be one of the 1968 Sunoco Team Penske Trans-Am Camaros (above). This one, owned by Irwin Kroiz, was driven in period by both Mark Donohue and Sam Posey and features many of the trick features for which Penske Racing became famous.

Note: Vintage Racecar is a great source for news on the world of vintage motorsports. Its sister site Vintage Roadcar at the same URL completes the online package as the international authority on classic, historic and vintage motor cars.

Among the numerous books by and about RRDC members are the following:

Augie Pabst – Behind the Wheel

In addition, Pete Lyons’ 2017 Can-Am Calendar is available for pre-order.

Also coming up this Fall: Michael Keyser’s biography of John Fitzpatrick – Fitz: My Life at the Wheel. 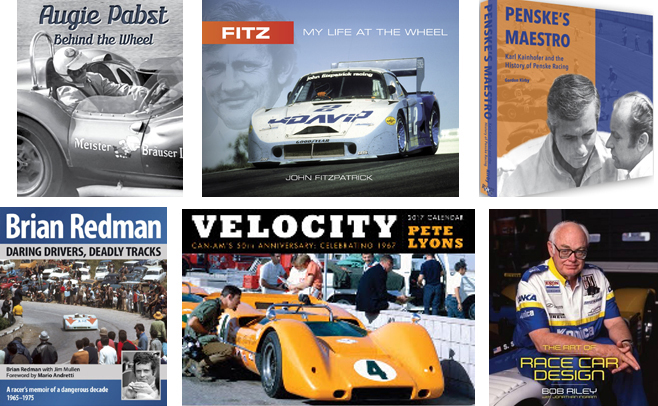 And we understand that the redoubtable David Hobbs will have a book in print around the same time.

LEXINGTON, Ohio (July 28, 2016) – The selection process for this year’s Team USA Scholarship is under way. A total of 11 candidates, representing a variety of junior racing categories, has been identified and invited to attend this week’s Honda Indy 200 Verizon IndyCar Series/Mazda Road to Indy Presented by Cooper Tires /Pirelli World Challenge road racing extravaganza at the Mid-Ohio Sports Car Course in Lexington, Ohio.

The initial challenge for this year’s candidates will comprise interviews to be conducted during the weekend before of a panel of judges to include current IndyCar team co-owners Jimmy Vasser and Bryan Herta, winners of the first two Team USA Scholarships in 1991 and 1992, respectively. More recent scholarship winners Joel Miller (2007), now a factory driver for Mazda in the IMSA WeatherTech SportsCar Championship and Spencer Pigot (2010/2011), who will be competing in this weekend’s feature event alongside 2008 alum Josef Newgarden for Ed Carpenter Racing and will join several other racing luminaries on the panel, including factory Porsche driver Patrick Long, Chip Ganassi Racing Managing Director Mike Hull, Mazda Motorsports’ Kyle Kimball, Mazda Road to Indy promoter Dan Andersen, Pirelli World Challenge President and CEO Greg Gill and Carlin Indy Lights race engineer Geoff Fickling. 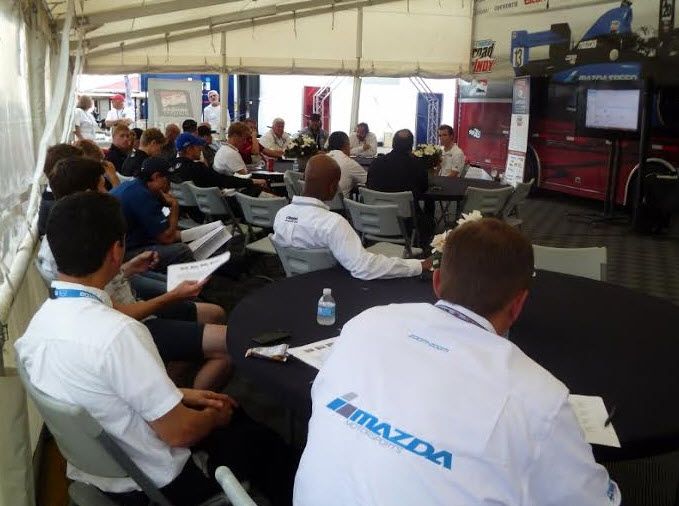 Two winners ultimately will be chosen to represent their country at the prestigious Formula Ford Festival at Brands Hatch on October 21-23 and the Walter Hayes Trophy at Silverstone on November 4-6. As has become the norm, they will drive Ray Formula Ford cars prepared by Cliff Dempsey Racing. Team USA Scholarship drivers have enjoyed success at both events in the past, with Newgarden in 2008 becoming the only American driver to win the Festival and fellow IndyCar rising star Conor Daly (also in 2008), Connor De Phillippi (2009), who currently races for Audi in European sports car competition, and factory Mazda Prototype driver Tristan Nunez (2012) claiming victory at the Walter Hayes Trophy.

“I am truly excited about the quality of this year’s candidates,” says Team USA Scholarship founder and longtime motorsports writer/broadcaster Jeremy Shaw. “All of them are proven winners. Some difficult decisions lie ahead.”